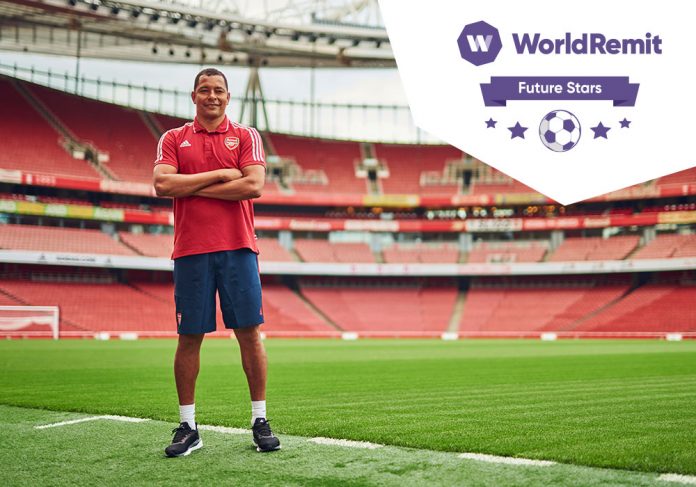 WorldRemit has announced that 16 applicants from Africa have been shortlisted for its Future Stars programme. Of these 16 coaches, eight are women.

WorldRemit and Arsenal launched the second edition of the Future Stars programme in August to recognise the valuable contributions that grassroots youth football coaches make to their communities by teaching the children they train life skills on and off the pitch.

Through the programme, WorldRemit will sponsor two winners – one male and one female – to fly to London for a personalised training session with Arsenal Football Development coaches.

Entries for Future Stars closed on 4 September, and the programme received over 1,400 entries from coaches from across Africa and the Americas.

A panel of judges from WorldRemit and Arsenal Football Development reviewed the applications and selected 20 semi-finalists, including 16 coaches from Africa, based on the following criteria:

In recognition of their commitment to using football to bring their communities together, the 20 semi-finalists will receive Arsenal shirts for their youth squad.

What’s next for the semi-finalists?

From the 20 semi-finalists, the judging panel will select eight coaches – four male and four female – as finalists. Their stories will be shared on www.FutureStars.WorldRemit.com in late October and the two winners will be chosen based on a public vote on the website.

Andrew Stewart, Managing Director for Africa and the Middle East, said: “Congratulations to the 16 African semi-finalists!

“Our business is all about connecting communities, no matter where they are in the world. We developed Future Stars to celebrate the amazing work that football coaches do to support young people and have been so impressed by the quality and diversity of the applications this year.”

Simon McManus, Head Coach at Arsenal Football Development, added: “Arsenal is thrilled to partner with WorldRemit to recognise coaches who use the power of football to inspire and support young people across the globe.

“We have one of the most successful women’s sides in the world and are committed to encouraging greater participation in the sport among women. Through this edition of Future Stars, we hope to further amplify the positive impact that female coaches have on their communities.”

Coaches in the Future Stars shortlist from Africa

Chinasa Ukanda, Coach at Help The Talent Academy in Lagos.

Ashanti region runs out of bed for COVID-19 patients