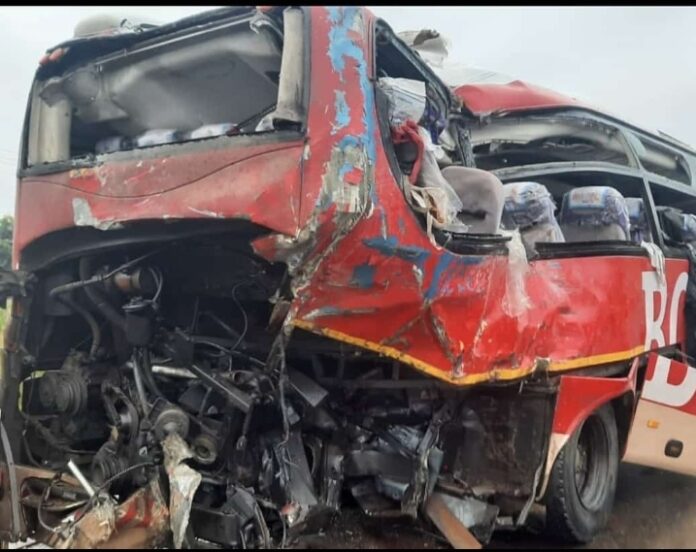 At least 19 people were killed in a weekend accident at separate locations in Ghana’s two regions, officials and local media have reported.

At Apedwa, in the Eastern Region nine people died on the spot when driver of a sprinter bus overtook vehicles ahead of him while heading to Nkawkaw on the Accra-Kumasi highway Saturday.

The vehicle however, crashed into a DAF vehicle killing nine occupants on the spot.

“The other victims who sustained severe injuries are receiving treatment at the Suhum and Kibi Government hospitals”, the police spokesperson told reporters.

In another development, 10 people died at Gomoa Mampong on the Kasoa-Winneba highway on Sunday.

Two buses who embarked in an overtaken spree on the stretch resulted in the accident.

The incident has also left at least 26 injured with many receiving treatment at the Winneba Trauma Hospital.

The police are yet to provide further details on the cause of the accident amid fears of rise in death toll.

Crashes are common on highways in Ghana because of poor maintenance, disregard for traffic regulations, and bad roads.

Mahama kicks against salaries for First and Second Ladies