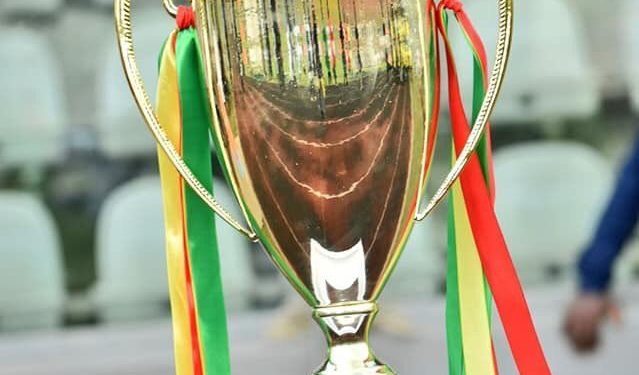 The two most glamorous clubs in Ghana battled it out at Kumasi Baba Yara Sports Stadium for bragging right ahead of the upcoming season.

The first half was full of power packed action with both sides putting some beautiful touches together in the heart of midfield.

The visitors drew first blood in the 38th minutes when striker Kofi Kodzi was rewarded with a penalty following his persistence in the box winning and converting from 12 yards after Asante Kotoko’s defender Empem Dacosta handled the ball.

Kotoko were the best team after they went behind and got their reward inside first half stoppage time when captain of the Phobians Mohammed Alhasan scored an own goal following a crossing from Kotoko’s left back Patrick Yeboah.

Coach Kim Grant made three changes at the beginning of the second half replacing Michelle Sarpong, Aminu Alhasan and Umar Manaf with Charles McCarthy, Kwame Obeng Jnr and Emmanuel Mintah.

Meanwhile, Kordzi could have restored the Phobians lead in the 55th minutes when he blasted over after he had dribbled past Kotoko’s goalkeeper Kwame Baah

Naby Keita came on to replace Richard Ameyaw and made an instance impact by meeting a cross from Yeboah from the left side of attack to head home the second goal to complete the comeback by the home side.

Yeboah should have been sent off after he removed his jersey when Kotoko went 2-1 up due to his first half caution but went unpunished due to the inability of the officials to spot the incident.

The home team continued to dominate the game as Hearts of Oak looked tired and exhausted and were unable to create any goal scoring chance in the entire second half.

Robert Sackey of Hearts of Oak was sent off late in the game for a quick two yellow cards offence.

Kotoko won the game 2-1 and earned the bragging right over their bitterest rival ahead of next week’s season opener.