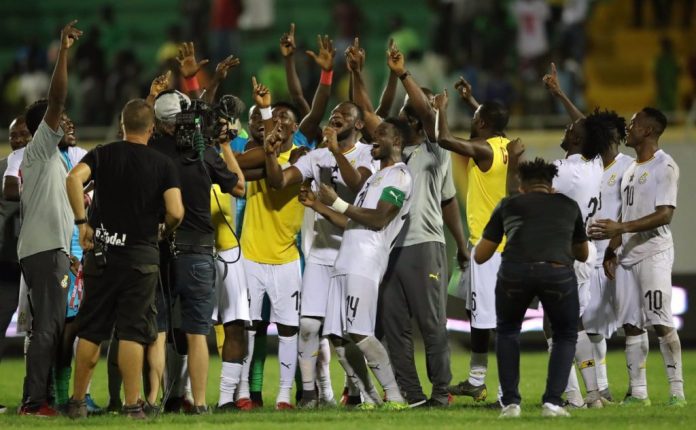 Ghana’s Black Stars B take on hosts Senegal today in the WAFU Cup of Nations final, seeking to defend the trophy they secured from the 2017 edition. Winning would mean a lot more for the Stars, though, as Daily Mail GH explains in the slides that follow:

Maxwell Konadu is probably the most undervalued coach on the domestic scene, which isn’t too fair on a man who has won the WAFU Cup twice already since taking charge of the team in 2013. And while Konadu has been recently banished from the main Black Stars’ technical space — where he had long held an assistant coach’s role, even briefly acting as caretaker manager — another WAFU Cup triumph would make him difficult to overlook when next the big office becomes vacant.

For months after the 2018 corruption scandal that rocked the very foundations of Ghana football, there wasn’t any competitive action for local clubs. The introduction of stopgap competitions earlier this year did offset that deficiency somewhat, but those merely seemed like appetizers preceding the main meal due when a regular league schedule is resumed later this year. The recent failure of Ghanaian sides in African inter-club campaigns only appeared to highlight challenges that exist, but with WAFU Cup success in Thiès on Sunday, a case could be made for the health of the domestic game pending the imminent restoration of normalcy.

With Fox Sports/ESPN heavily involved in the organization of the WAFU Cup since 2017, the competition now reaches greater audiences around the world, and that’s not a bad thing for the many home-based players whose singular ambition — aside fetching the prizes on offer, of course — is to catch the attention of foreign suitors. Ghana’s 2017-winning team, for instance, has several members now plying their trade outside the motherland, and although such a mass exodus might not be entirely wholesome for the countries themselves, the players wouldn’t mind. Champions or not, they’d probably be purchased anyway, but winners’ medals would likely attract juicier offers.

West Africa houses some of the continent’s most formidable footballing nations, and there are always bragging rights up for grabs whenever such tournaments come around. With a third WAFU Cup in six years, though, Ghana could certainly thump their chests as the undisputed best on these streets. The Stars’ last two conquests came at home, and doing it again — this time in Senegal — would cement their supremacy, surely, as far as football in the sub-region is concerned.

A new era of football administration dawns for Ghana, with the FA set to hold elections later this month to replace the hierarchy that collapsed in the heat of the 2018 exposé (see the second slide). In the year that has followed, Ghanaian clubs and national teams haven’t accomplished much, but victory for the Black Stars B could clear all that gloom and provide hope of a brighter future.