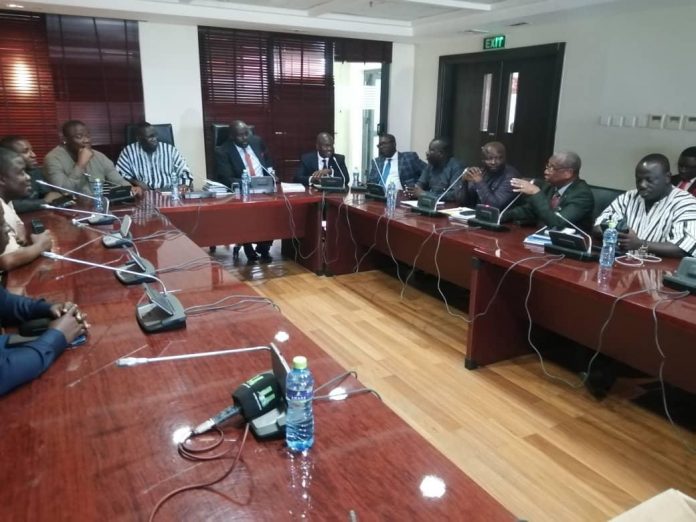 The Chairman of the finance committee of Parliament Dr. Mark Assibey-Yeboah says he does not expect the finance Minister Ken Ofori-Atta to announce any new taxes in the 2020 budget to be presented next week Wednesday.

According to the New Juaben South MP, The Akufo-Addo administration is a caring government and thus will not seek to burden Ghanaians with new taxes.

Asked whether he will be surprised to hear finance Minister Ken Ofori-Atta announce new taxes in the 2020 budget, Dr. Assibey-Yeboah said “God forbid! By Wednesday we will know but I don’t think new taxes will be introduced. This is a listening government and I don’t think that any new taxes have been programmed in the budget” he said.

Dr. Assibey-Yeboah was addressing Journalists on Thursday in Parliament ahead of the 2020 budget presentation.

He also asked the finance Minister to consider excluding earmarked funds such as the National Health Insurance Fund and the Road Fund from the capping Act.

This, according to Dr. Assibey-Yeboah, will address financial challenges facing the National Health Insurance Scheme. A similar move for the Road Fund, he argued, will help fix roads in deplorable conditions.

It will be huge if government decided not to cap the road fund and also the national health insurance fund. That will free up a lot of resources for these two agencies. Every budget cannot solve all the problems so for 2020 focus on roads and the health sector”

Touching on the caution by the Trades Union Congress for government not to fall into the ritual election year budget overruns, the finance committee chairman referred to the Fiscal Responsibility Act, which was passed by parliament to keep deficits below 5% as a check on government.

He, however, disputed the notion that every election year experiences huge deficits. According to him, in 2004, President Kufour’s government recorded only a 2.2% deficit.

“Why wouldn’t anybody want to adhere to an Act of parliament? The Fiscal Responsibility Act is clear. It says that the deficit shall not exceed 5% in any given year.

“By and large, revenues have increased year on year. Except that the targets have not been met. But you will have to factor in the fact that the targets were ambitious. And that’s what everybody will do. If you’re a finance Minister and you’re dealing with the revenue authority you set ambitious targets for them. So to the extent that revenues are increasing year on year, I think they are doing fine but we are just not meeting the targets. Are these targets realistic targets? What goes into the targets setting? So these are some of the issues we will attempt to address when we meet with them”.

Ghana to say goodbye to Cedi for ECO currency