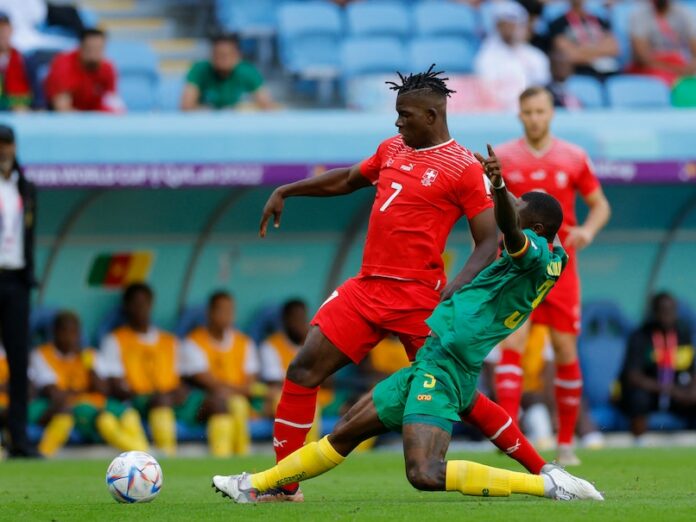 The indomitable Lions of Cameroon posed no threat to the Red Crosses of Switzerland who carried off their opponents with ease to grab their first win of the 2022 FIFA World Cup tournament.

Cameroon started the game as the better side and created a lot of good goal scoring chances which was squandered by their players who couldn’t beat Yann Sommer in goal.

The indomitable Lion’s 20-year wait for a World Cup victory goes on after Switzerland edged a tense opening match in Group G.

Switzerland, with three Round of 16 finishes in their last four World Cups, should have taken the lead just before the break when Manuel Akanji headed a corner wide from close range.

But they made the breakthrough three minutes into the second half when Cameroon-born Breel Embolo side-footed home a sweet first-time cross from Xherdan Shaqiri.

Ruben Vargas and substitute Haris Seferovic – in the final minute of added time – could have added further goals for the Swiss, who next face World Cup favourites Brazil – who play their opening match later today against Serbia – on Monday, November 28.

Cameroon must lift themselves up from an eighth successive World Cup defeat before tackling Serbia, also on Monday.

Cameroon will face Serbia in their next game on Monday at 10am whiles Switzerland Square off against Brazil.

“I don’t have confidence in electoral body” Tanzania Opposition Leader