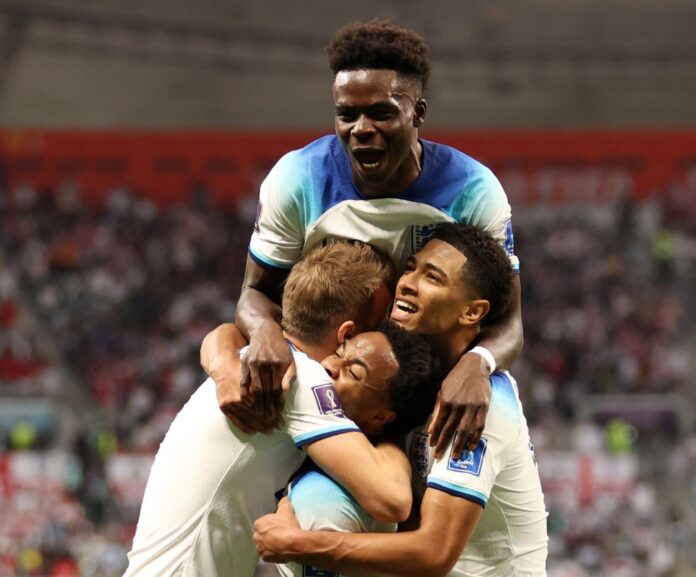 England thrashed Iran 6-2 on Monday in an emphatic World Cup opener thanks to two goals from Bukayo Saka and strikes by Jude Bellingham and Raheem Sterling, before substitutes Marcus Rashford and Jack Grealish rounded off the rout.

The Three Lions came close to taking the lead in the Group B opener, with Harry Maguire heading against the crossbar, before Bellingham, 19, steered in a header from a Luke Shaw cross in the 35th minute.

Eight minutes later, England doubled their lead when Maguire climbed highest from a corner to head down for Saka to score.

Sterling flicked in a cross by captain Harry Kane in first-half stoppage time before Saka bamboozled Iran’s defence and made it 4-0 in the 62nd minute.

Mehdi Taremi narrowed the gap for Iran three minutes later but Rashford made it 5-1 and Grealish, also coming off the bench, scored England’s sixth.

Taremi scored a consolation second goal for Iran from the penalty spot in the dying seconds.

England will take on the United States of America on Friday at 7pm with Iran playing their second game against Wales at 10am same day.

‘Nothing to hide’ – Ablakwa wants MPs to openly declare Covid-19...