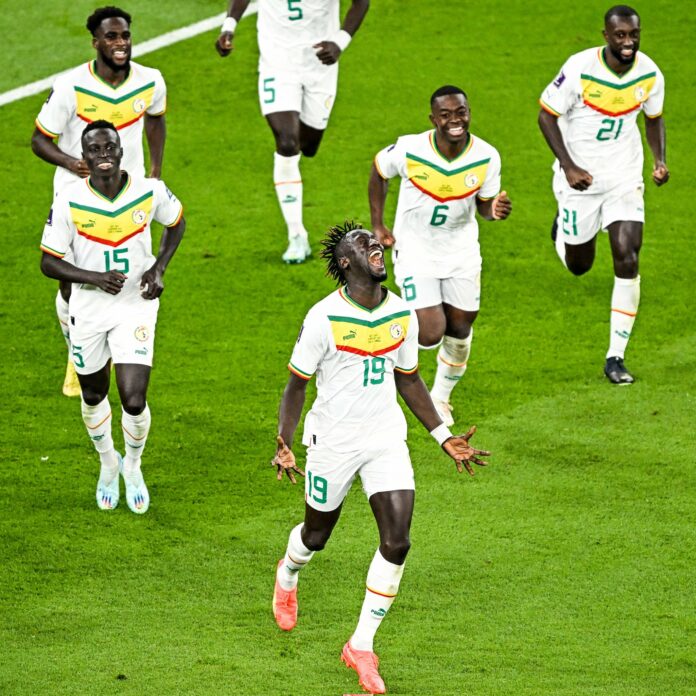 The Teranga Lions of Senegal woke up from their slumber to beat the Maroons of Qatar in Group A clash on Friday evening at the Qatar 2022 FIFA World Cup.

The Africans revived their Group A campaign at the expense of Qatar, finally seeing off the hosts despite Mohammed Muntari scoring his country’s first World Cup finals goal.

Qatar made three changes, bringing in Meshaal Barsham — younger brother of reigning world and Olympic high jump champion Mutaz Essa Barshim — in goal, and he was fortunate to see Famara Diedhiou’s early header drop wide after being beaten to a corner.

Idrissa Gueye fired just wide as Senegal looked the more likely to score first, although Qatar were denied a penalty at the other end after Akram Afif went down under a challenge.

Two goals either side of halftime put the African champions in control. A defensive mistake provided the first as Boualem Khoukhi took a huge swing at Krepin Diatta’s cross, lost his footing and presented the ball to Boulaye Dia, who slotted past Barsham.

Three minutes into the second half, Diedhiou met Ismail Jakobs’ right-wing corner with a clever header at the near post.

The hosts responded with purpose, Abdelkarim Hassan flashing a swerving shot wide before Almoez Ali was denied by Edouard Mendy’s fingertips, with what was Qatar’s first shot on target of the entire tournament.

Just as the hosts looked to have run out of steam, substitute Muntari provided a moment of history, meeting Mohammad’s pinpoint cross from the right with a powerful downward header to revive home hopes.

Those were swiftly extinguished four minutes late through one of Senegal’s substitutes, Iliman Ndiaye surging down the right and pulling the ball back for Bamba Dieng to sweep in and finally seal the win.