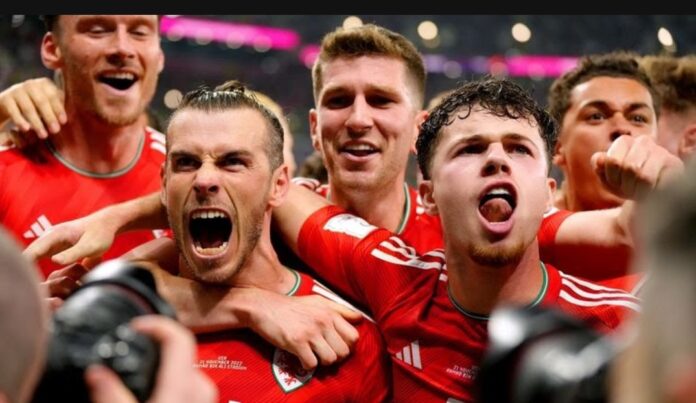 Gareth Bale came to Wales’ rescue once more as he struck late through a spot kick to salvage a draw against the United States in his country’s first World Cup game for 64 years in Qatar.

The European country were listless and were overrun in a first half dominated by a vibrant enthusiastic USA team, who led as Tim Weah finished smartly after a surging run and pass by Chelsea star Christian Pulisic.

The Welsh looked destined for defeat in their first appearance in the tournament for 64 years after Timothy Weah opened the scoring in the first half.

But their talisman Bale won and scored the spot-kick to earn them a precious point in Group B against a very young American team on Monday night.

Goalkeeper Wayne Hennessey made a reaction save to keep out his own team-mate Joe Rodon, before Josh Sargent then hits the post with a header.

On the 36th minute mark of the match, Christian Pulisic slips a perfectly-weighted pass into the path of Timothy Weah, who jabbed the ball past Hennessey for the opener for the USA.

Sixty-five minutes on the Click, glorious opportunity came Kieffer Moore’s way from a corner that the substitute heads just over the bar.

Eight minutes away from the full time whistle Gareth Bale scored from the penalty spot after being tripped by Walker Zimmerman in the box.

Wales will next face Iran on Friday morning, while the USA take on Group B leaders England in the evening on the same day – after Gareth Southgate’s side won 6-2 earlier on Monday.

Akufo-Addo off to Austria for Climate Change Summit