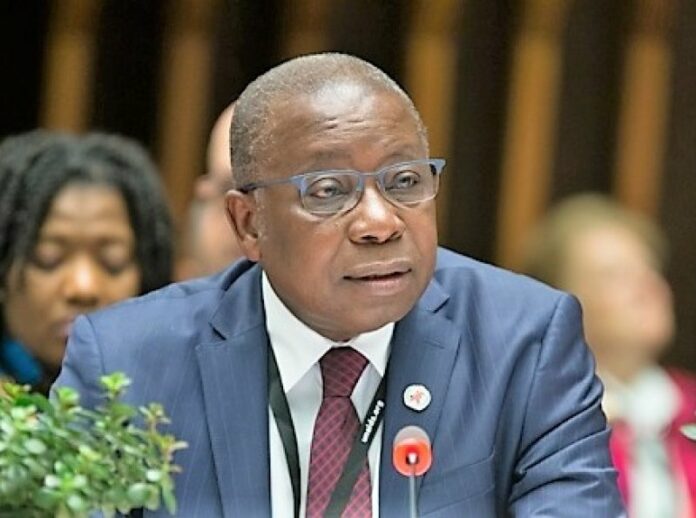 An estimated 3.1 million Ghanaians, representing 10 percent of the estimated 31 million population of Ghana, have one form of mental disorder or the other, with 16,000 having severe cases.

Sourcing the data from the WHO and the Ghana Mental Health Authority, Mr Kwaku Agyeman-Manu, the Health Minister, told Parliament that:

“It is clearly established that 41 percent of Ghanaians have psychological distress – mild, moderate, severe – and this costs the nation 7 percent GDP loss”

He was responding to a question by Mr Christian Corletey Otuteye, the MP for Sege, who wanted to know what plans the Ministry had to address the plight of persons with mental health problems in Ghana.

The Minister categorised persons with mental health problems into four: those on the street, those at treatment facilities, which include psychiatric and general health facilities, those in the traditional and faith healing centres, and those in their houses and organisations who do not recognise their mental health illness or who recognise but are not doing anything about it.

“The Mental Health Authority did a rapid assessment, a mini census of persons with severe mental illness on the streets a few years ago and they got 16,000 people in our cities, towns and villages all over the country.”

Mr Agyeman-Manu assured the House that the Ministry and its allied institutions including the Mental Health Authority, the Ghana Health Service and others, knew the size of the problem and had the human resources to address it.

“What we are doing now is to spread mental health services nationwide, integrate into the general health care such that wherever we treat malaria, mental health can be treated. This will help to access care,” he said.

Mr Agyeman-Manu said under the Agenda 111 programme of government, two new psychiatric hospitals were to be built in the northern and middle belts, adding that the sites had been identified, drawings made, and contractors being chosen.

He said until recently, psychiatric medications were not readily available, but they were now available through budgetary allocations and donor support adding that more psychiatrists had also been trained, from 10 to 45 at the moment.

He solicited the support of the Speaker to find more money to address mental health issues, and announced that the Ministry was working on how to establish a Mental Health Levy.

The Minister advocated an increase in budgetary allocation to enable mental health patients on the streets to be taken in small numbers at a time for treatment and sent back home to their communities.

In relation to a question on anti-snake serum asked by Mr Daniel Nsala Wakpai, MP for Kpandai, Mr Agyeman-Manu announced that the Ministry had included Anti-Snake Serum in the Framework Contract for Essential Medicines.

Under the Framework, qualified firms are selected to supply Anti-Snake Serum, which are allocated and distributed to regional medical stores (RMS) and teaching hospitals across the country.

“The Ministry allocates the quantities to the RMS and the teaching hospitals based on their consumption and replenishes as the stocks reach their reorder level,” he said.