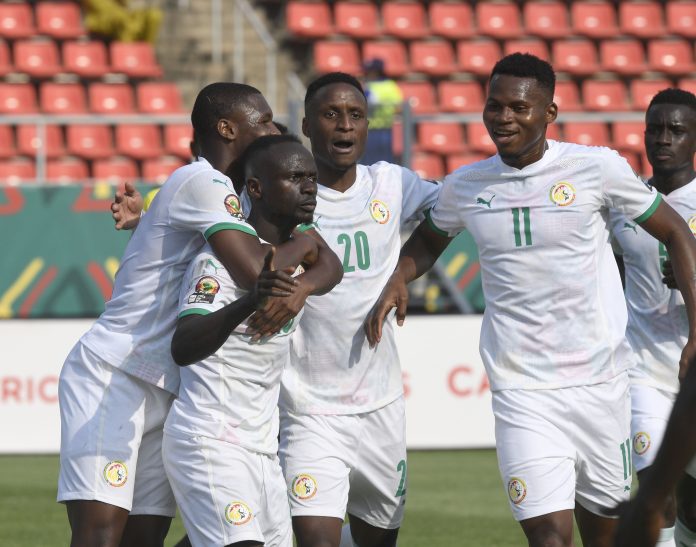 The Lions of Teranga may not be having a flamboyant Africa Cup of Nations tournament in Cameroon despite topping their group with five points from three matches.

But certainly, the one special thing about the 2019 finalist have not been talked about enough in the ongoing Africa Cup of Nations tournament in Cameroon.

In their first AFCON 2021 game against Zimbabwe, the 2002 FIFA World Cup quarter-finalist has to be relieved at the death of the match when they were awarded a late penalty kick which was eventually converted by their star player Sadio Mane to hand them all three points.

Despite winning the game by a lone goal, the Lions struggled to roar and their performance was not the best against the Warriors of Zimbabwe though they managed to grind a win to go three points.

In their second game of the ongoing Africa Cup of Nations tournament against their neighbors, Guinea, Senegal at a point were lucky to have ended the game without conceding a goal as the Guineans missed so many glaring opportunities to break the deadlock.

Senegal held their ground and prevented their neigh from putting a ball at the back of their net.

In the third and final game of Group B, the Teranga Lions faced the Flames of Malawi in a pulsating clash with the game also ending in a goalless stalemate.

Once again the Senegalese were left off the hook when VAR came their aid to disallow a penalty which was awarded to the Malawians in the closing stages of the match.

The game ended in a goalless stalemate which meant Senegal had scored just one goal in the three matches but still topped their group with five points with a win and two drawn matches.

With this, the Teranga Lions become the only country in the ongoing Africa Cup of Nations tournament in Cameroon to keep three clean sheets as they remain the only country yet to concede in the competition.

They will come up against Cape Verde Island in the round of 16 stage on Tuesday evening.