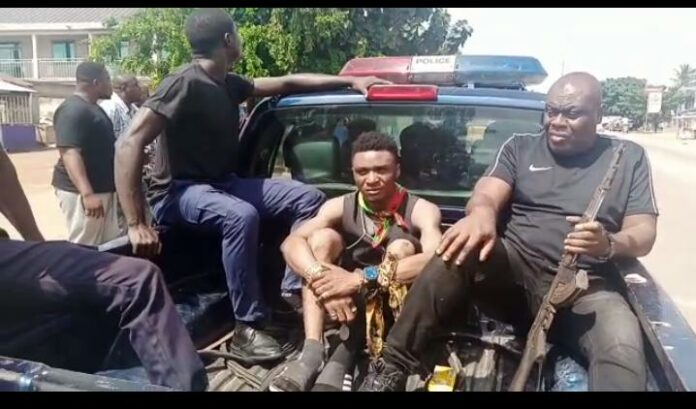 The three suspects linked to the disturbances that broke out in the Kwabre East Municipal town of Ntonso in the Ashanti Region have been admitted to bail.

The Mampongten District Court presided over by Thomas Soyori granted bail of ¢6,000 to the three accused persons with two sureties each.

Given reasons for his decision Thursday, the judge said the suspects had spent almost three weeks in police custody and had only been provisionally charged.

The trio; Nantoma Eshauo, a 20-year-old barber, Ernest Boakye, a 22-year-old driver’s mate and Kwadwo Manu, 23, also a driver’s mate were picked up during a violent clash between rival youth groups in the community.

They have been charged with rioting with weapons. Three other suspects linked to the incident are at large.

The plea of the three accused persons were however not taking during proceedings. They are to reappear before the court on August 12.