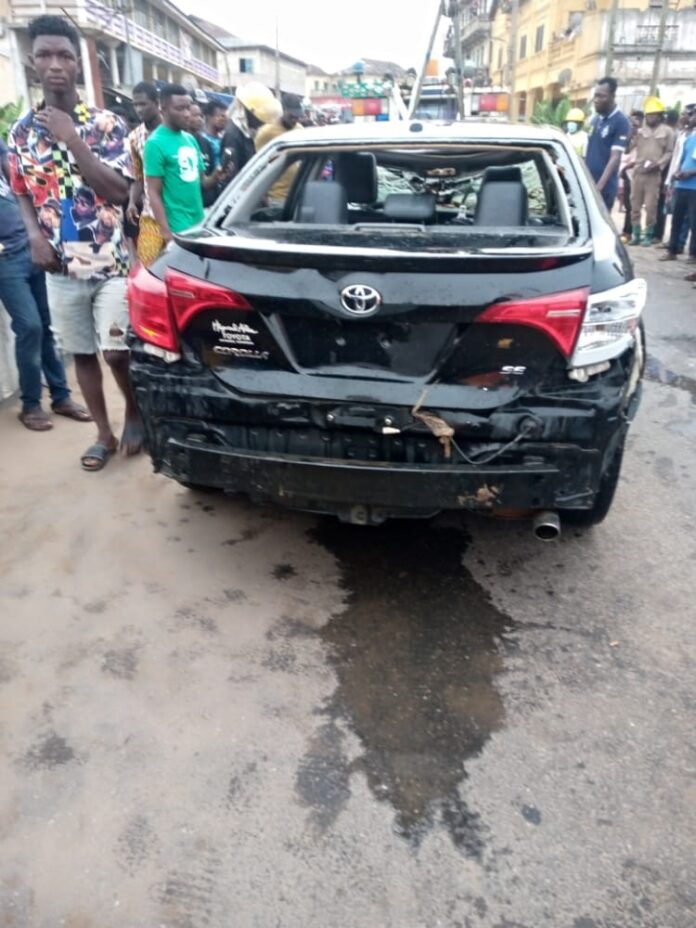 Three employees of Persus Mining Company Limited have died when the vehicle they were travelling in got involved in an accident on Tuesday morning, locals told dailymailgh.com.

The incident occured at about 5:30 a.m. at Ayamfuri in the Upper Denkyira West District of the Central Region.

Officers who rushed to the scene found the three male adults lying dead in a Toyota Corolla saloon car. They were later named as Akwasi Bacha, Frank Mensah and King Robert.

On the spot investigations reveal that their vehicle collided head-on with a heavy duty truck which was moving on the opposite side of the road.

Videos widely shared online show the partly damaged saloon car with blood spattered across the road as locals help the police to remove the bodies of the victims.

An Assemblyman Kwabena Ennin Castro who was at the scene said: “We learnt the saloon car decided to overtake another car but collided head-on with the truck carrying bauxite. All of them died instantly”.

Castro said the bodies of the deceased had been deposited at the Dunkwa-On-Offin Hospital morgue for preservation.

While police have launched investigations into the incident, officials of the Persus Mining Company Limited are yet to comment on the development.