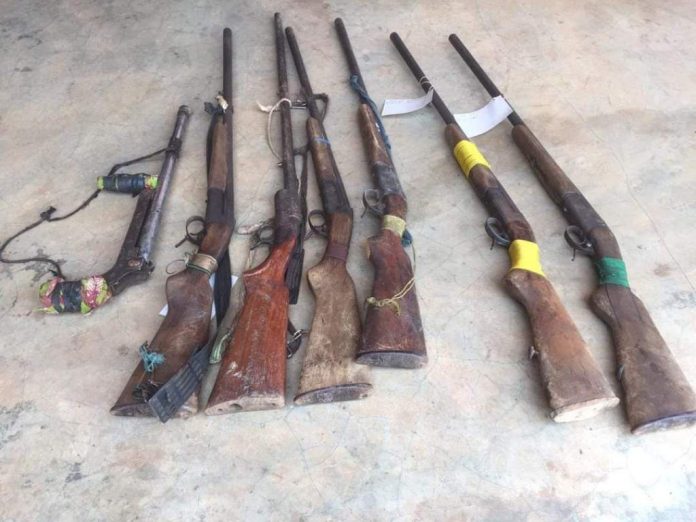 The Northern Regional Police Command has rounded up 40 persons following a swoop in the Yendi, Chereponi, Karaga and Saboba districts.

The suspects were arrested for possessing locally manufactured guns and substances suspected to be narcotics, according to the police.

The Northern Region crime officer, Superintendent Kwabena Otuo Acheampong in an interview on Citi News said the suspects will soon be arraigned.

“We are still screening and investigating so at the end of the day, those who will be indicted will be put before court. All the suspects who have been arrested are currently in the custody of the Regional Police Command.”

The situation is usually compounded given the chieftaincy and land tussles.

Justice Honyenuga halts trial as motion to remove him from Opuni-Agongo...