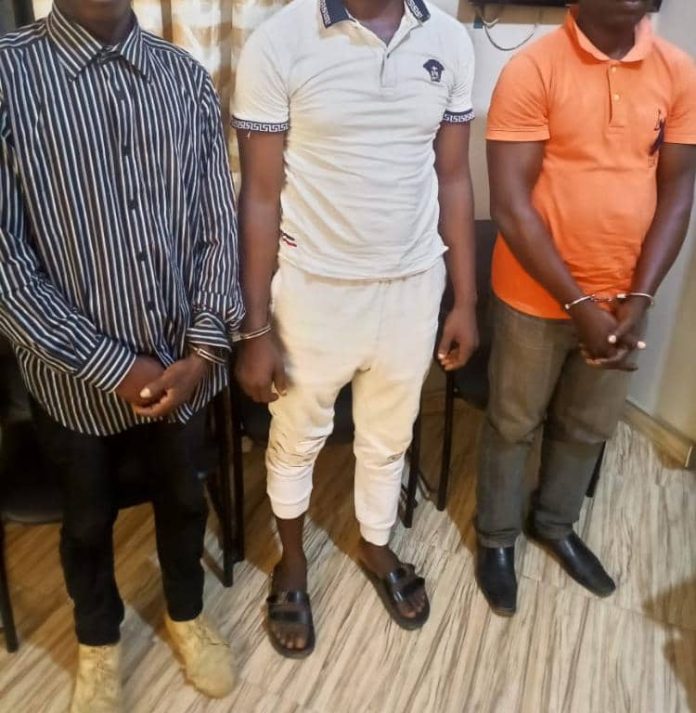 Three male adults who connived and robbed people at mining sites around Tweapease in the Ashanti region have been arraigned, sources familiar with the development have told dailymailgh.com.

The plea of the suspects who have been charged with robbery, among others were not taken when they appeared before a circuit court at Obuasi in the Ashanti Region, last Thursday (14 April 2022), the source said.

Police in Obuasi gave their names as Daniel Fianko, 42, Joseph Oduro Asare, 37yrs, and 35-year-old Richard Amoako. They have been remanded into police by the court to reappear on April 28, 2022.

An incident report issued by the police and sighted by dailymailgh.com revealed that the suspects, some of whom were in military uniform were intercepted while onboard a Toyota Landcruiser Prado vehicle with registration number GE 9111-22.

They had entered mining sites around Tweapease, near Obuasi and were extorting monies and robbing the personal effects of some small scale miners in the area.

“The police team rushed to the scene and succeeded in arresting three of the suspects including driver. The other three suspect escaped arrest by running into a nearby bush”, the report said.

Mobile devices, one foreign pistol, a driver’s license together with the vehicle were seized
Efforts are underway to get the other suspects believed to be military officers arrested for questioning.