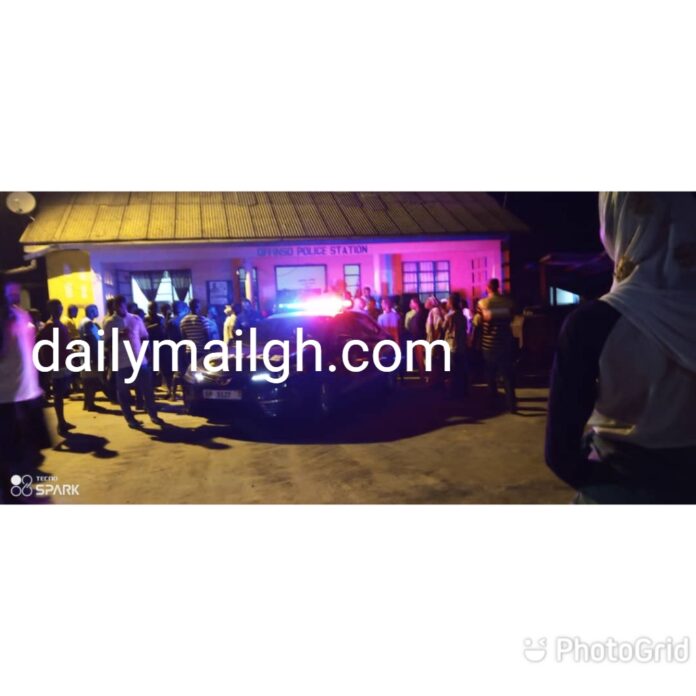 Residents of Offinso in the Ashanti Region say the disappearance of another 4-year-old boy, Jibril Azure from the area has left them in a state of fear.

The children especially say they do not feel safe.

The little boy was last seen with Emmanuel Oduro aged 21 at about 08:00 a.m., on Saturday, May 27, according to the Domestic Violence and Victims Support Unit (DOVVSU) of the Ghana Police Service.

The suspect has since been picked up by the police for questioning after a search conducted by family and loved ones in the last four days has yielded no results.

The community members are calling on police in the area to do more in helping find the missing child.

As they stormed the Offinso Police Station threatening to lynch the suspect, one of the angry residents said: “we want the police to bring him out, he has to be disciplined. He might have killed the boy and needs to face same”.

Another expressed her feeling of insecurity adding that “we can’t even allow our children to go out and play.”

Mother of the missing child, Alia Abdallah shares how tiring the search has been since her son went missing.

“The suspect took us to a nearby bush at Samanka but we couldn’t find my son. He had said he handed him over to some two people who were waiting in a vehicle. I suspect my son has been kidnapped but I feel he is still alive”.

The visibly distraught guardian added: “I have been to the Offinso Police Station for hours but they are yet to give me any new information”.

The police is yet to comment on the matter.

News of the missing child comes barely a month after a 4-year-old girl was found dead after she went missing in one of the Offinso suburbs.

A 20-year-old man is facing a court in connection with the crime. The deceased, Benedicta Sarpong has since been buried.

I’m ready to lead you out of Ghana’s debt distressed situation...

Your criticism must build up, not to undermine – Kwesimintsim MP...