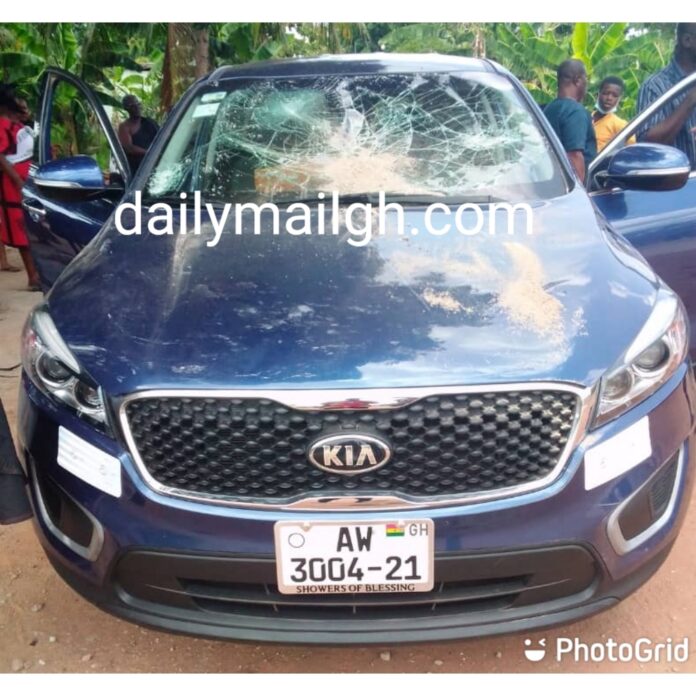 The Ghana Police Service has secured an injunction to prevent the installation of a rival chief at Asamankama in the Offinso South Municipality of the Ashanti Region.

According to the police, the Asamankama queen mother had planned to install one Frank Osei Bonsu as the new Asamankama Chief on Monday, May 31 but felt that the action could plunge the area into chaos.

It comes after a similar event held on May, 20 resulted in a bloody clash which left two people dead.

The Offinso Divisional Police Commander Chief Superintendent Ben Wonkyi on May 26, filed the motion to restrain the Offinso Traditional Council and others from installing one Frank Osei Bonsu as the new chief.

The court presided over by H/H Mr. Frederick Twumasi upheld the motion with all parties including the queen mother of Asamankama, Nana Afia Sika Dufie duly served.

Tension was high in the community when attempts to install a new chief turned chaotic as some factions protested the selection of one of four people.

A man who is said to have fired gunshots in the ensuing melee injured one victim. He was however pursued by some angry mob who shot and killed him in the process.

Although there is relative calm in the area, the police at Offinso have indicated that their action is to protect life and property.

The Ashanti Regional Police Command had said it is working to get the suspects involved in the crime arrested.