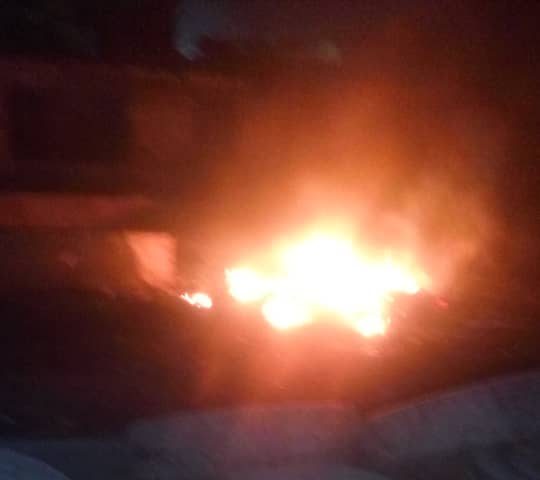 One person has been wounded in fresh attacks at Dagomba-Line in the Asokore-Mampong Municipality of the Ashanti Region.

The incident happened at about 6:30 pm local time, locals told our Ashanti Regional Correspondent who visited the scene Thursday.

A resident told Dailymailgh.com that some of the youth have threatened to burn some structures.

“There is tension here. The boys are firing gunshots. One of the boys was attacked by some armed gang moments ago. He sustained severe cutlass wounds and has since been rushed to the hospital”, a resident narrated to Dailymailgh.com.

Security operatives have been dispatched to the scene as residents flee for their lives.

Earlier this week, a  bloody clash over a piece of land left about seven persons injured.

Some structures were set ablaze which left many people displaced.

A meeting between the Asokore Mampong Municipal Chief Executive, Alidu Seidu, a joint team of military and police personnel, and the feuding parties appears to be yielding no results.

Tuesday’s incident happened when a private citizen, Imam Abdul Rahman Samba Kaado, who claims to be the owner of the land together with some security personnel, attempted to evict those living on the land.

The persons who are predominantly scrap dealers, however, resisted the move which led to the disturbances, insisting that they are occupying the land legally.

According to them, previous court cases on the land have been in their favour.

The police and the military were deployed to avert further clashes.