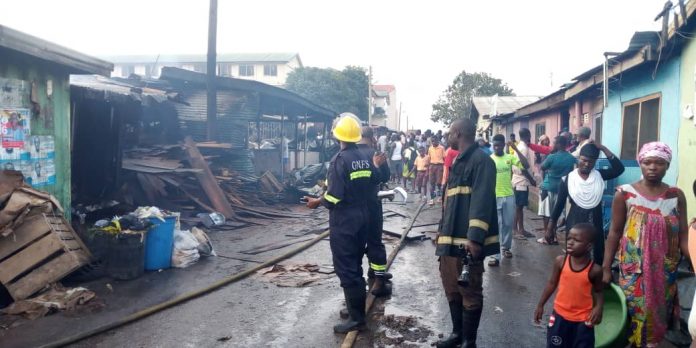 A devastating fire ripped through wooden structures at Asawase on Tuesday, as heartbroken victims watched and wept.

Firefighters were called to the scene at about 4:30am to douse the flame which affected about nine structures including a school building.

Owners of a kenkey production area, a bread factory, a tailoring shop located at Sabon-Zongo—all Asawase suburbs were all affected by the blaze.

Officials from the Manhyia Fire Station say investigations have begun to ascertain the cause of fire.

“The fire is still under investigations so until we conclude our investigations we can’t give you the actual cause of fire”, said Manhyia Fire Station Commander, DO III Nicholas Kwaku Aikins, who wants the general public to stay alert.

No casualty was recorded.