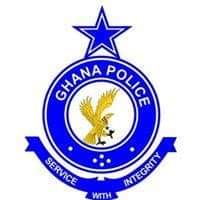 A man who claims to be a police officer has been arrested for allegedly collecting money from unsuspecting job seekers under the guise of facilitating their recruitment into the security services.

Bayipah Musah, 28, and his accomplice named as Richard Adjei are being investigated after they reportedly collected an amount of forty-eight thousand cedis (¢48,0000) from six people under the pretext of enlisting them into the Ghana Police Service in August last year.

The victims who had travelled from Kumasi to the Police National Training School at Tesano in Accra were however arrested by the police when they produced fake documents to authorities at the school.

Musah, who had since gone into hiding was arrested Kwahu by the police in the Eastern Region on Monday, January 25.

He has since been transferred from Kwahu Praso and handed over to the police at Manso Nkwanta in the Ashanti Region where he was rearrested and detained, dailymailgh.com has gathered.

Musah had indicated in his caution statement that he is a police officer stationed at the Special Operations at the Police National Headquarters in Accra.

The alleged officer and his accomplice, who was also in custody will be facing a court after investigations, the police said.

307 Ambulances: How were they procured? – A Plus requests info...