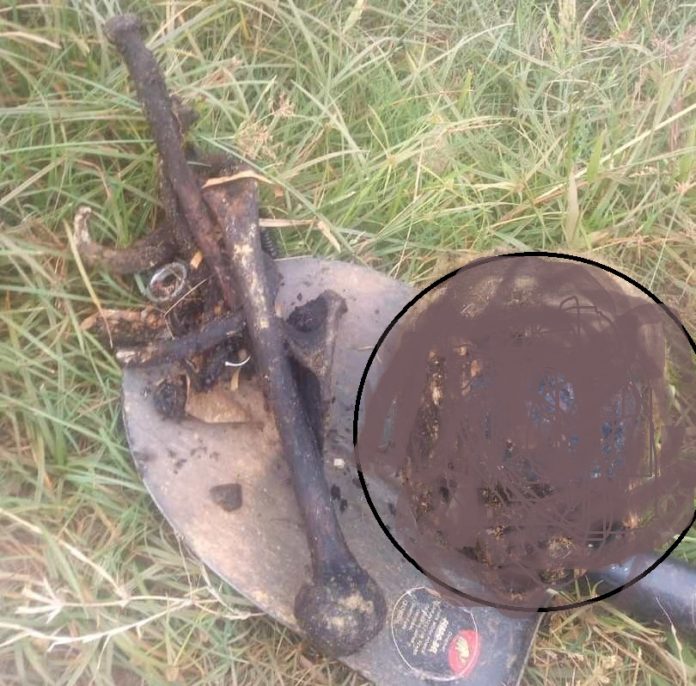 Two persons have been arrested for possessing human remains at Manso-Aboso in the Amansie South District in the Ashanti Region.

The suspects, Kwasi Asare and Enock Fobi, both 22 years of age were arrested on Saturday, January 11, at about 1 pm local time.

A police source at Manso Adubia told Dailymailgh’s Jonathan Ofori that two were arrested at their hideouts following a tip off.

The source also told Dailymailgh that the remains were exhumed from a nearby cemetery near Keniago, another adjoining community in the district.

“They further led the police to the cemetery in the town and showed the graves from which they broke into and stole the skulls of dead bodies which relatives are yet to be identified”, the source further narrated.

Preliminary investigations have also revealed that the suspects, both illegal miners, mentioned a fetish priest only identified as ‘Kaya’ as the one who contracted them to get the remains to help them progress in their illegal mining activities.

The two have since been detained as police mount search for the named fetish priest to assist in investigations.

The development comes in the wake of stories of abductions in parts of Ghana.

Last year, four girls were declared dead by the country’s police service after their bodies were retrieved from the home of their captors — following months of investigations.

Three persons are standing trial at a court in Takoradi, the capital of Ghana’s Western Region.

Coronavirus: WHO declares global emergency over virus from China