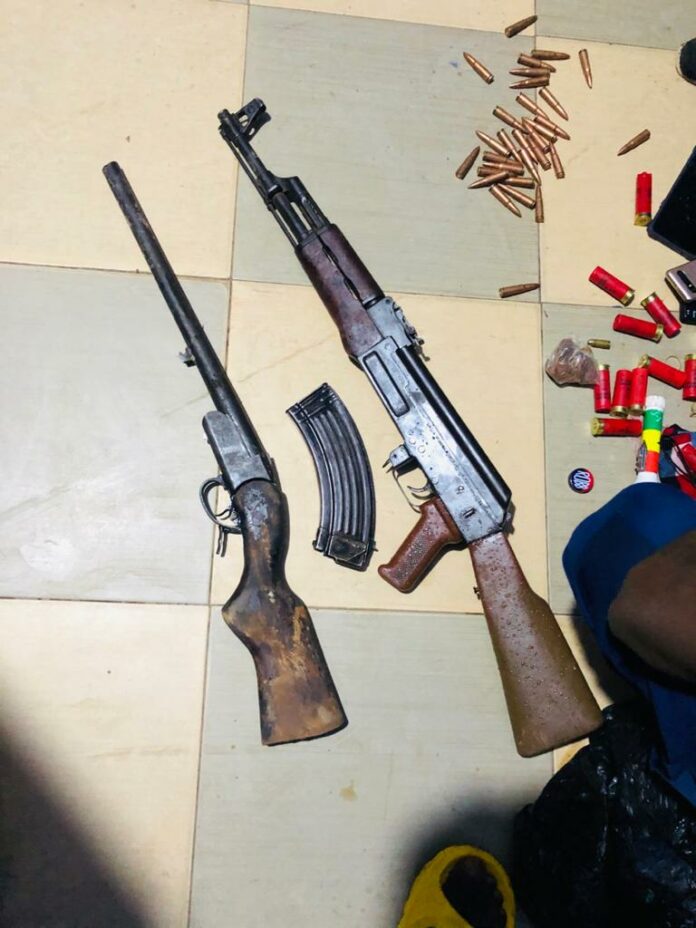 Two suspected armed robbers have been killed in a fierce gun battle with a police patrol team on the Obuasi – Mile 9 road in the Ashanti Region.

The patrol team was responding to a tip-off of an ongoing robbery incident at a mining site on that stretch of the road.

Confirming the incident at a press briefing on Thursday, police spokesperson ASP Godwin Ahianyo said the patrol team was first attacked by three armed men who fired indiscriminately towards them.

He said the patrol team returned fire killing two of the unidentified gunmen after they sustained gunshot wounds.

“The Obuasi divisional police patrol on Wednesday 10 March 2021, at about 5:10 pm had a tip-off that some armed robbers had been spotted along the Obuasi Mile 9 road on suspicion of carrying out a robbery attack.

Gun battle
“The patrol team proceeded to the area and upon reaching the outskirts of Akofrokrom near Mile 9, three young men armed with guns emerged from the bush and started firing towards the patrol team. The police in self-defense returned fire and in the process two of the armed robbers lost their lives through gunshots. The third person, however, managed to escape,” ASP Ahianyo said.

He said the police managed to retrieve a gun and four mobile phones from the deceased.

The police have launched a manhunt for the escapee robber.