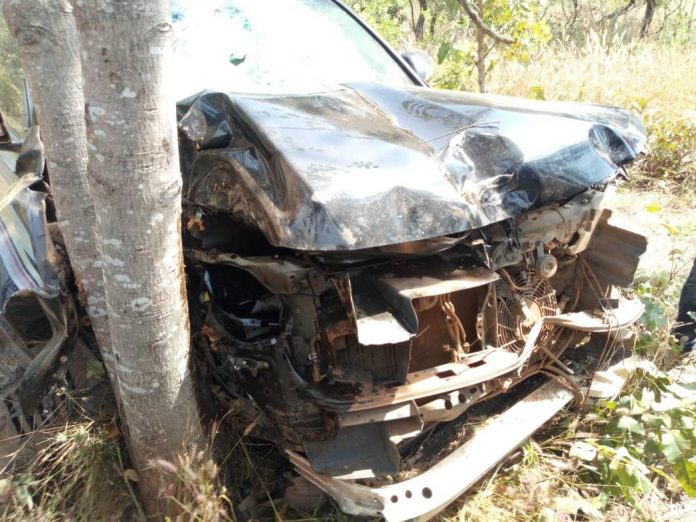 One of Ghana’s Deputy Chiefs of Staff, Samuel Abu Jinapor has been involved in a car crash while driving Friday afternoon.

The incident occurred at Busunu, a community in the West Gonja District of the Savannah Region, Myjoyonline.com reported.

Mr Jinapor was with three other occupants were returning to Damongo, —where the regional event of this year’s Farmers’ Day was held.

Witnesses say upon reaching Busunu, one of the front tyres of the V8 burst forcing the vehicle to veer into the bush.

It is gathered that all four occupants including Jinapor, his aide and body guard escaped unhurt.

Police were later called to the scene and carried them away.

Many well wishers, including members of the ruling New Patriotic Party, whose attention was drawn to the development have been wishing him well, a close associate told Dailymailgh.

This is the second accident Mr Jinapor has been met within two months on the same Damongo-Busunu stretch.

I want to be president of Ghana’s proposed National Shrine –...