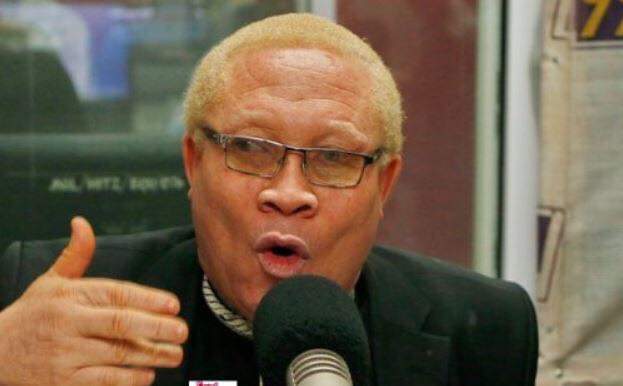 There is mounting pressure on the Akufo-Addo administration to shutdown an office allegedly being operated in Accra by the Lesbian, Gay, Bisexual, Transgender and queer Intersex Rights (LGBTQI) movement in Ghana.

The Executive Secretary of the Coalition, Moses Foh-Amoaning, at a press conference, said the act was disrespecting to Ghanaians and undermined the sovereignty of the State.

He explained that Ghana as a country had not signed any international laws permitting the promotion of the LGBTQI in the country therefore, any attempt by anyone to promote the activities of the group amounted to illegality.

Mr Foh-Amoaning noted that on the contrary, international laws such as the Economic, Cultural, Social and Political Rights of the United Nations treaty, which the country had ratified, protected the sovereignty of Ghana to defend its cultural values.

He accused the international community in Ghana of promoting an act which he said was alien to the customs and traditions of Ghanaians and infringed on the sovereignty of the state.

Mr Foh-Amoaning called on the Inspector General of Police and other security agencies to swiftly move in to close down the said office and also arrest and prosecute persons found to have breached the laws of the state.

He appealed to Parliament to quickly move and pass comprehensive legislation to deal effectively with the issue.

“We call on all state agencies including Commission on Human Rights and Administrative Justice (CHRAJ), the Ghana AIDS Commission, the police, politicians and the media to take all steps to protect our nation from the negative impact of this LGBTQI,” he said.

Most Reverend Philip K. Naameh, President of the Catholic Bishops Conference described the LGBTQI agenda as a “complete disorder of the fundamental law of God in creating man and woman.”

A representative from the Christian Council of Ghana, The Reverend Godwin Amuzu, urged Ghanaians to remain resolute in maintaining the culture and sanctity of the State as believers in God.

The Reverend Johnny Apeakorang, who represented the Ghana Pentecostal and Charismatic Churches, said the Association would continue to render its support to the Coalition to ensure that its goal was achieved.

The Coalition for Proper Human Sexual Rights and Family Values is an amalgamation of Christian and Para-Christian bodies, Muslims, Non-Religious entities, Traditional rulers and opinion leaders in Ghana.

The Coalition aimed at ensuring the preservation of indigenous African traditional and cultural sexual rights and family values.

It has been a strong advocate against the LGBTQI movement in Ghana since its inauguration in December 2013.

The development comes after the US President Joe Biden issued a memorandum on Thursday, February 4, aimed at expanding protection of the rights of lesbian, gay, bisexual, transgender and queer and intersex (LGBTQI) people worldwide, including potentially through the use of financial sanctions.

According to President Biden, all human beings should be treated with respect and dignity and should be able to live without fear no matter who they are or who they love.

The memo further directs U.S. agencies working abroad to work harder to combat the criminalisation by foreign governments of LGBTQ status or conduct, and directs the State Department to include anti-LGBTQ violence, discrimination and laws in its annual human rights.

Appearing before a Vetting Committee however, a Minister designate in charge of Foreign Affairs and Regional Integration, Shirley Ayorkor Botchwey said Ghana is a sovereign country and has its own laws that its citizenry must abide by regardless of the relationship the country has established with other countries.

“Ghana is a sovereign country but as part of our foreign policy we engage countries all over the world; America is one of our strongest friends. But in this country we have laws. And our laws work and must work.

“So in spite of what somebody will say and in this case President Biden, the laws of Ghana criminalises unlawful carnal knowledge and therefore the laws of Ghana definitely are supreme and that is what we all adhere to,” she noted.

Source: Daily Mail GH with additional files from the GNA

Making Ghana a Mathematics-friendly nation: A key to our national development...