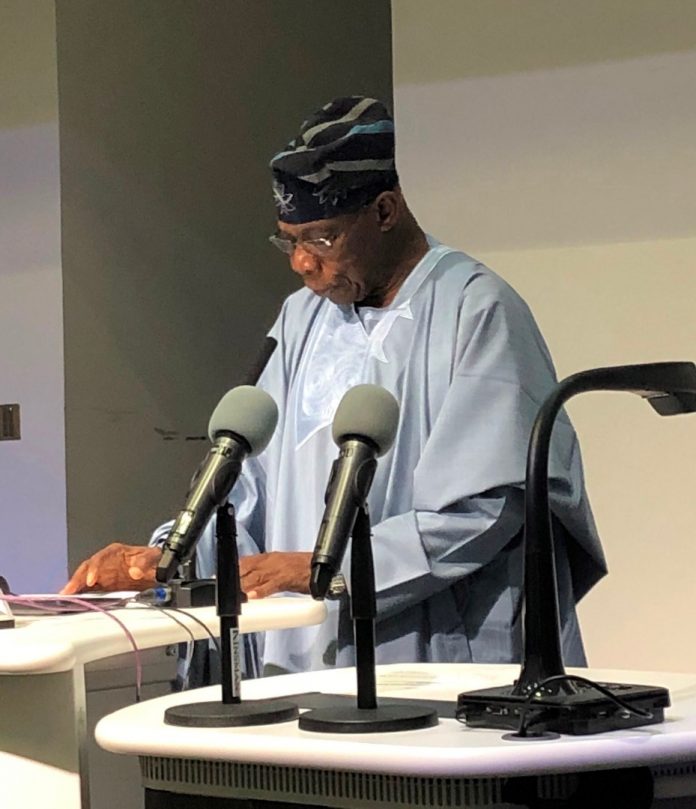 Africa’s future depends on “accurate, reliable information” to enrich its democracy and ensure its development progress, according to former Nigerian President Olusegun Obasanjo.

Speaking during the Afrobarometer/University of Strathclyde Conference on “Public Opinion, Democratic Governance, and Inclusive Development in Africa” in Glasgow, Scotland, the former president said the free flow of reliable information is crucial to safeguard democracy and ensure free and fair elections in Africa.

“Leaders are able to stay in power because the elections they hold are only free and fair until you scratch beneath the surface,” he told British parliamentarians and thought leaders.

He added: “There you will discover that the media is state-dominated and controlled; that opposition leaders are intimidated, blackmailed or even jailed; that independent observers are not allowed full access to the country; that the judiciary is co-opted; and a myriad of other evils, which are designed to keep the incumbents in power.”

Data generated by Afrobarometer is instrumental in countering sensationalism and “fake news” dominating digital media, Obasanjo said. Lauding Afrobarometer as a trusted source of information committed to projecting ordinary Africans’ voices into policy-making processes, the former president described its work as “central to the fortunes of the African continent as its leaders struggle to bring it into a new era of growth and democracy.”

“By observing the progress – and unfortunately, sometimes the retreat – of democratic practices in Africa, Afrobarometer empowers those who want to see more transparency, more accountability, and more free, open, and inclusive societies,” he added.

The conference brought together British parliamentarians, development and trade officials, academicians, and civil society and business representatives interested in Africa with the goal of providing them with greater exposure to the data and insights generated by Afrobarometer surveys.

It featured recent findings on issues of development, governance, and democracy, and discussions on how Afrobarometer data can be used to guide UK policy, trade, and investment in Africa.

Frustrated Ashgold forced to train in Malabo ahead of CAFCC game

‘I wonder if they’re serious’ – Shirley on up and coming...

EPISODE 14: When the Sun Pointed South