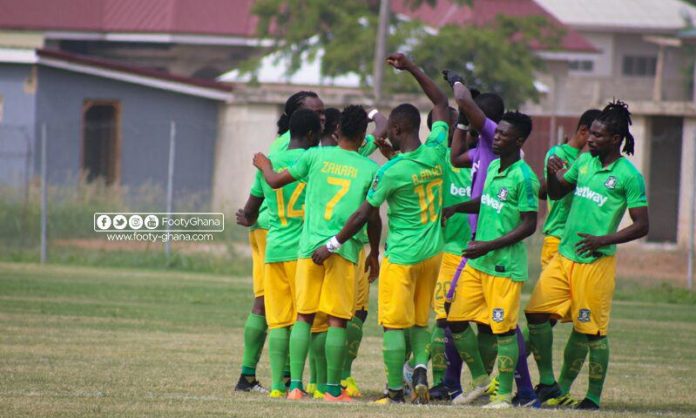 The Green and Yellows put the Yellow and Mauves to the sword to record a hard earned 1-0 home victory to move top of the league.

Yahaya Mohammed grabbed the only goal of the match for the home team to make sure their home invisibility is preserved.

The Tarkwa-based club has now suffered two consecutive 1-0 defeats in their last two away games.

The new league leaders Aduana Stars will face Ebusua Dwarfs in their next game in Cape Coast while Medeama welcome Bechem United to the Tarkwa Akoon Park on Wednesday February 5.

Abedi Pele: How late Marseille boss inspired me, my sons to greatness