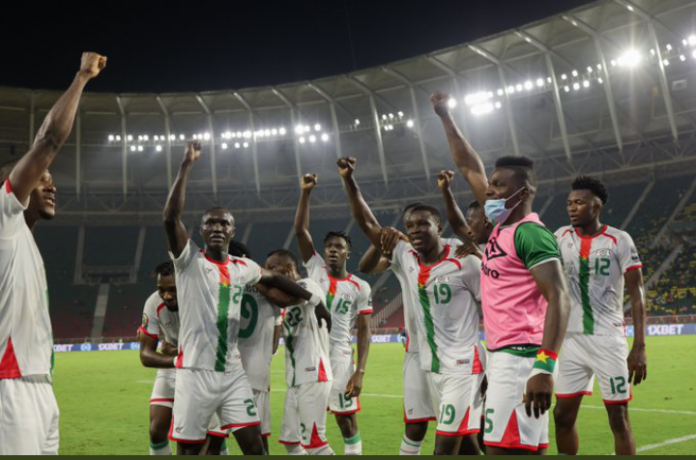 The Stallions of Burkina Faso got their AFCON tournament back on track with a slim win over Blue Sharks of Cape Coast Island on Thursday evening in Yaounde at the Olembe Stadium.

Burkina loss their first game against host Cameroon from a winning position in a game they conceded two spot kicks which was both converted by the tournament’s top scorer, Vincent Aboubakar.

It was a balanced game with either side not really having an upper hand on their opponent in a highly competitive and contested match full of action and end-to-end stuff.

Dylan Tavares got a golden opportunity to score for Cape Verde but his relatively tame effort was saved by Harve Koffi in the Stallions goal.

Moments later, Burkina shot themselves in front when Boureima Bande’s flying header went straight down the middle of the goal to make it 1-0 to the 2013 finalist.

After the break, the game was opened up by both sides who fancied their chances of winning and gave the few fans at the stadium something to cheer for.

Cape Verde came close on numerous occasions but their poor finishing in front of goal caused them a narrow 1-0 defeat to Burkina who sealed their first win of the competition.

Burkina, themselves had opportunities to extend their lead but missed their chances but held onto their slim 1-0 lead to clinch all three points.

Cape Verde will face Cameroon on Monday in their last group game whiles Burkina Faso battle it out with whipping boys in the group, Ethiopia.