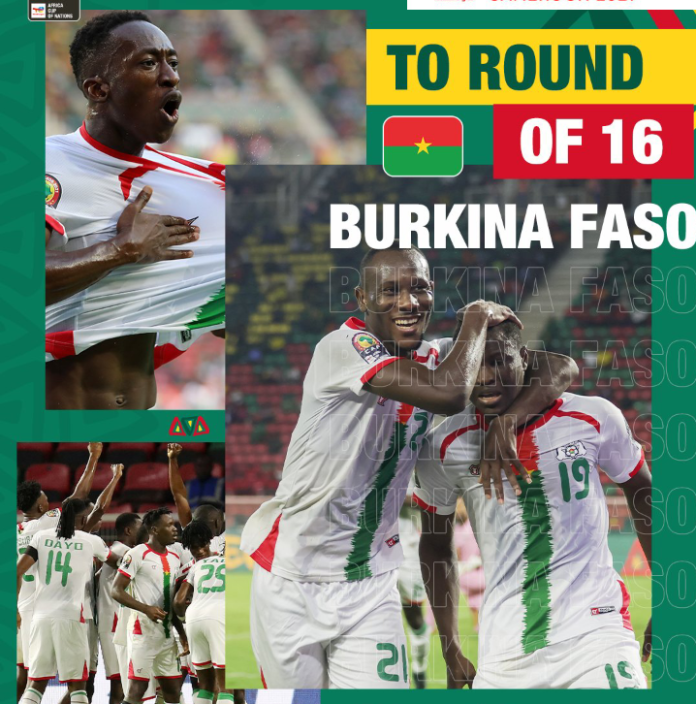 Stallions of Burkina Faso booked their place in the knockout stage of the ongoing Africa Cup of Nations tournament with a 1-1 stalemate in their final group A clash with the Walias of Ethiopia.

The West African side pipped their counterparts from the shores of the sea, Cape Verde to a second place which secures them a place in the round of the 33rd CAF Africa Cup of Nations tournament in Cameroon.

Cyrille Bayala gave the Burkinabe’s the lead after 24 minutes with a beautiful finish after he was set up by Adama Guira.

Getaneh Kabede converted a penalty kick seven minutes after the break to restore parity for the Walias who would go ahead to get their first point of the competition.

With the draw, Burkina Faso finished second on the table after three matches with four points same as Cape Verde but with three goals scored compared to the two scored by the Blue Sharks.