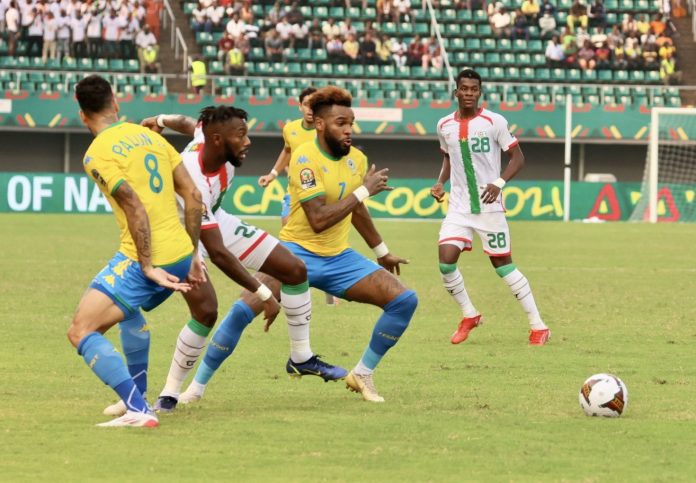 The Stallions of Burkina Faso booked their place in the quarter-final stage of the ongoing Africa Cup of Nations tournament in Cameroon with penalty shootsout win over the Panthers of Gabon.

The West African side became the first country the last eight of the tournament after defeating Gabon 7 – 6 on penalties after a 1-1 stalemate in regulation time.

Gabon were the better side in the opening exchanges of the match and put their opponents under immense pressure in the first fifteen minutes of the match.

On the 18th minute mark, Issa Kabore was brought down in the box which resulted in a penalty kick for the Stallions.

Former Chelsea player, Bertrand Traore, who’s the captain of the side stepped up to effect the kick but his shot hit the top of the crossbar.

Ten minutes later, Traore scored a brilliant goal to give Burkina the lead at half time.

Burkina Faso missed some glaring chance early in the second half.

The Panthers had chances too but they fluffed their lines on countless occasions.

Sidney Obissa was red carded for a second yellow card in the second half after 67 minutes.

Burkina piled pressure on the 10-men and should have scored a goal or two missed all the opportunities that came their way.

Just before the full time whistle, Adam Güira scored at the wrong end of the field as his own goal sent the game to extra time.

There were no goals in the extra 30 minutes as the game traveled to penalty shootout.

Both goalkeepers made a save each but Gabon hit the crossbar as Burkina scored their ninth kick to win the game 7-6 on penalties.