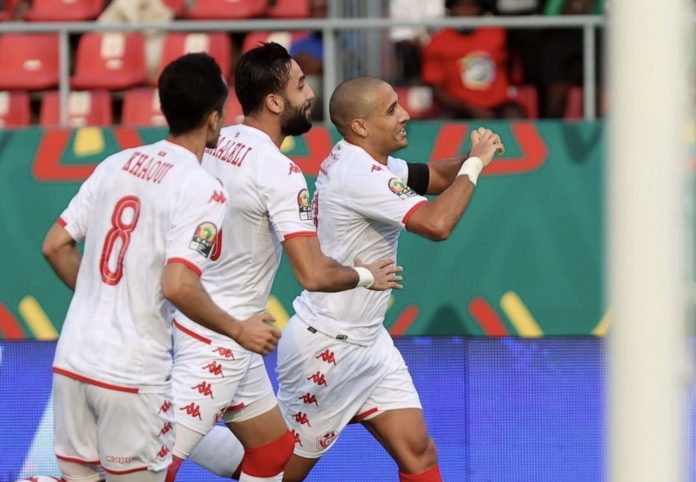 Tunisia, who controversially loss to the Eagles of Mali in their opening AFCON 2021 game bounced back with a win against Mauritania.

Hamza Mathlouthi scored the opener four minutes into the game to calm the Tunisians nerves and put pressure on the inexperienced Mauritanian team.

Five minutes later, Captain Wahbi Khazri added to the Carthage Eagles advantage with a nice finish to make it 2-0 after just nine minutes.

Tunisia could have scored more goals in the opening half but were wasteful upfront and squandered their chances.

Khazri got his second goal of the match and his team’s third after 64 minutes played with another cool strike to make it 3-0.

Seifeddine Jaziri was set up Khazri 30 seconds later to add the icing on the cake goal to give Tunisia a huge boost with an emphatic 4-0 win to secure their first win of the competition.

Tunisia will need a point against Gambia to qualify for the round 16 stage in their last game of the group.