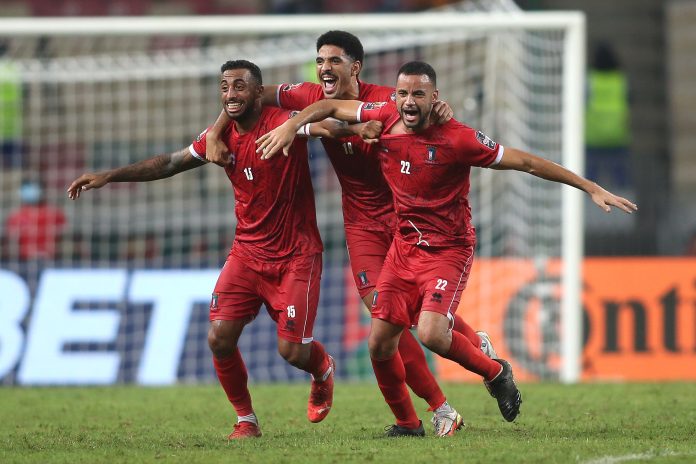 The Leone Stars of Sierra Leone were eliminated from the Africa Cup of Nations tournament in Cameroon after losing to National Thunder narrowly on Thursday afternoon.

It was a game of two halves as the Equatorial Guineans dominated the larger parts of the opening half of the match.

Leone Stars came from the break stronger and better as they played better in the second 45 minutes of the encounter.

Despite the game being fairly balanced, it was the EquatoGuineans side that smiled at the end of the match after beating their opponents 1-0.

Pablo Ganet scored the opening and the only goal of the match as his 38th minute strike secured Equatorial Guinea a hard earned narrow win to finish second in their group, one point behind Ivory Coast.

Five minutes from full time, Sierra Leone were handed a life wire as they were awarded a penalty kick but only for their most experienced player Kei Ansu Kamara to have his effort saved by the goalie Jesus Owono.

Equatorial Guinea are through to the last 16 of the competition as they amassed six points with victories over Algeria and Sierra Leone.