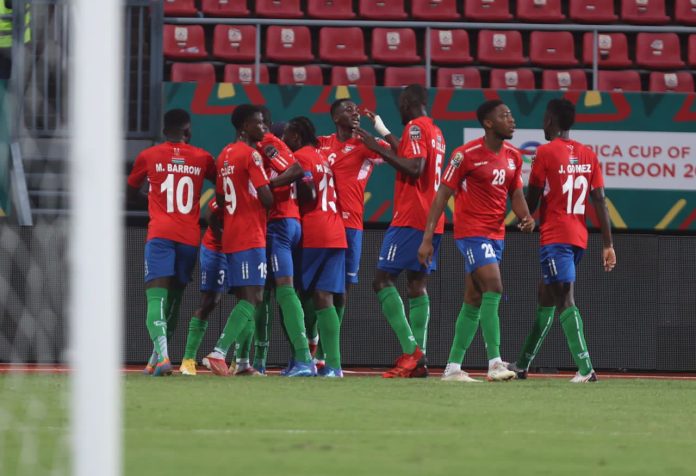 Gambia beat Mauritania 1-0 in their historic Africa Cup of Nations win in the second group F game in Limbe on Wednesday evening.

Despite their win, Mauritania were the stronger team on the day and created countless chances which was wasted by the attackers.

As early as the 10th minute mark of the match, Ablie Jallow scored a world class long ranger to give the Scorpions the lead to settle their nerves.

In the second half, Mauritania played better and had better opportunities to scored but failed to utilize their chances and succumbed to a 1-0 defeat.