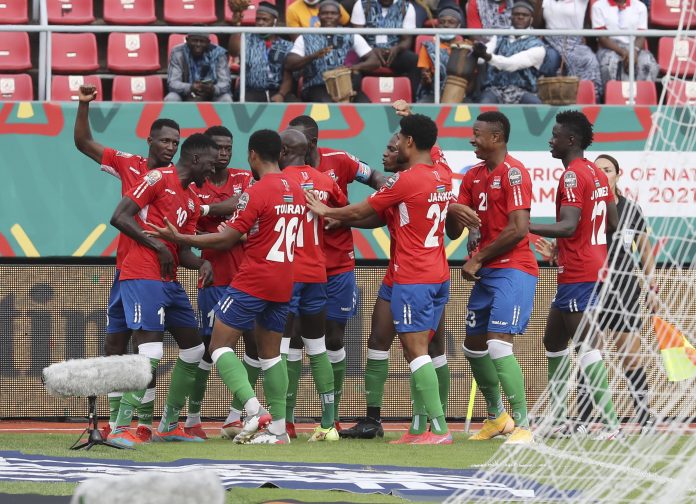 The Carthage Eagles of Tunisia booked a place in the round of 16 stage of the ongoing Africa Cup of Nations tournament in Cameroon despite defeat to the Scorpions of Gambia.

The North African giant suffered their second defeat in the 33rd CAF Africa Cup of Nations tournament to debutants Gambia in a heartbreaking fashion.

The 2004 Champions succumbed to a painful 1-0 defeat to the West African side in the dying embers of the highly contested clash on Thursday evening.

The eventful first half of the match ended in a goalless stalemate.

In the closing stages of the first half Seifeddine Jaziri missed from the spot.

In the final minute of the match, Musa Barrow’s cross found Ablie Jallow at the end who picked his spot with a beautiful strike to win it for the Scorpions late in the additional time period.

Gambia went through the group stage without a defeat as they beat both Mauritania and Tunisia by a lone goal in respective matches and a draw against Mali who finished above them on goal difference.

With Tunisia’s defeat to Gambia means they will face High-flying Super Eagles of Nigeria at the round of 16 stage with Gambia battling it out with Guinea for a place in the last eight.

BRING BACK THE LOVE?: Ghanaians Never Really Fell Out With The...