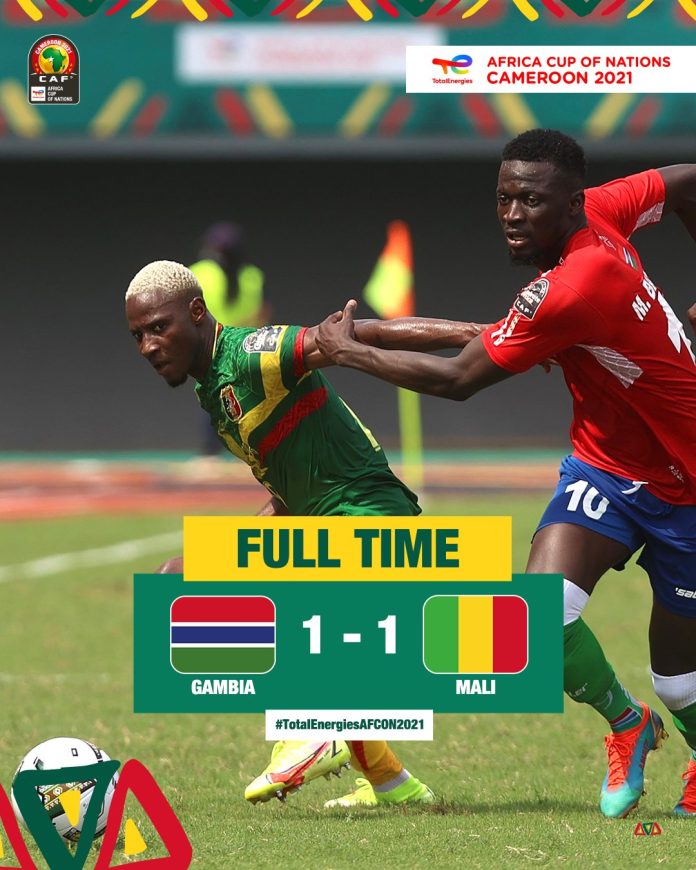 Mali and Gambia played to a pulsating 1-1 stalemate in their second game of the ongoing Africa Cup of Nations tournament in Cameroon on Sunday afternoon.

The two West African countries played a wonderful game under the scorching sun in Limbe as they shared the spoils on a sunny Sunday in their group F clash.

The Malians were very good on the ball and kept possession so well but were not threatening throughout the first half of the entertaining half.

Gambia came close to scoring the opener twice from free-kick as Musa Barrow hit the crossbar with Jallow hitting the upright later on in the game.

The second half saw Mali controlling the game with more purposefulness but the Gambians remained resolute at the back with some commanding defending.

Ibrahima Kone thought he had won the game for the Eagles when VAR controversially awarded them a penalty which he brilliantly converted on the 79th minute mark.

Gambia broke the hearts of the Malians when VAR rightfully awarded them a penalty of their own on the 90th minute mark which was perfectly slotted by Barrow into the back of the net to make it 1-1 at the end of the match.

Both teams sit on four points going into their last group game on Wednesday evening.

Mali will play against Mauritania as Gambia tackles Tunisia.