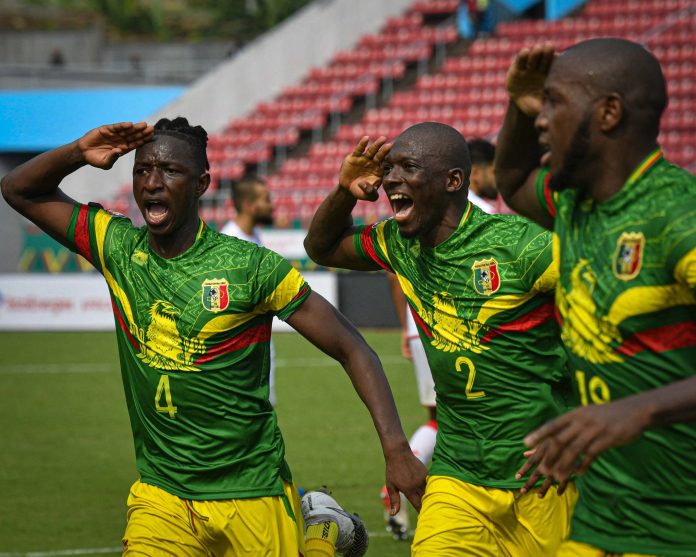 West African side Mali pipped North African team Tunisia in the battle of the Eagles in Limbe on Wednesday afternoon in a game full of Controversies from Zambian referee Janny Sikazwe.

The Eagles secured a vital win over the Carthage Eagles in a match full of talking points, action packed and pure African Football entertainment on a sunny day in Cameroon.

Mali were out of their Blocks quickly and were the better side for a greater part of the match with sleek passing full of energy and enthusiasm.

The West Africans controlled the Tempo of the match and dictated the pace of the match forcing Tunisia into making petty mistakes at the back.

Three mminutes after the break, Mali were awarded a spot kick after a Tunisian defender handled the ball in the box and Ibrahima Kone stepped up to score to make it 1-0 to The Eagles on the 48th minute mark.

Three mminutes later, the Malian should have been awarded another penalty when their attacker was brought down inside the box but only for the referee to wave play to continue.

On tthe 85th minute mark, Zambia referee, Janny Sikazwe ended the game with five minutes left on the clock to play before he was signaled by the fourth referee to continue with the match.

Few sseconds later, Sikazwe showed El Bilal Toure a straight red card, a decision he was asked to check by VAR by the referee stood by his earlier decision and the Malian substitute was sent off.

Exactly on the 89.34 minute mark, Sikazwe blew his whistle to end the game again without any additional time period despite three stoppages for substitions, cooling break and a delay due to VAR interventions.

Tunisian officials Wer livid after the decision and protested vigorously at the referee’s decision to end the match abruptly twice.

After official complains from the Tunisia team, both countries we brought back to the field before it was decided there wasn’t going to be additional time.