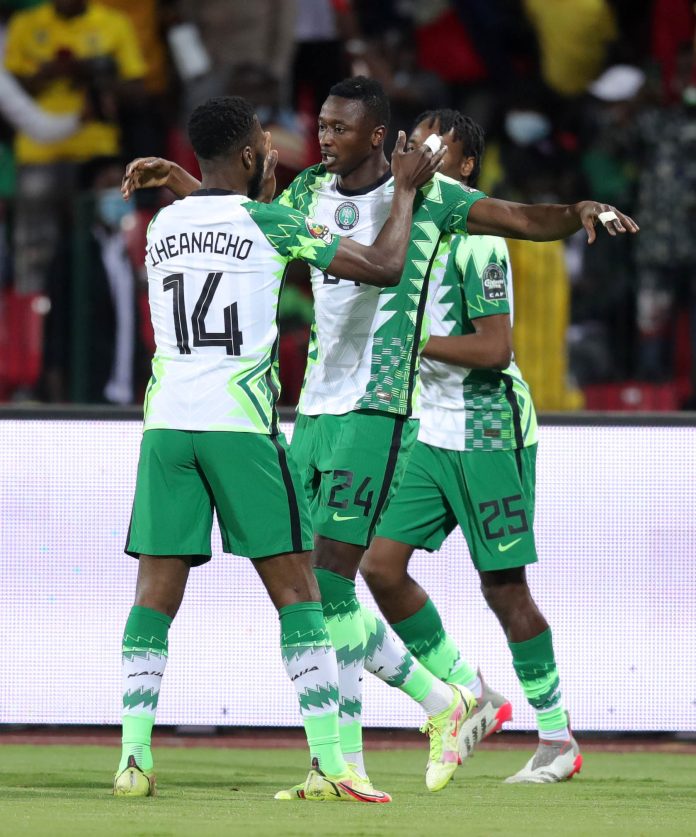 Super Eagles of Nigeria became the only country to win all three matches at the group stage of the ongoing Africa Cup of Nations tournament in Cameroon.

It was a game of equals in the first half with the Guineans going toe to toe with the three time Africa Cup of Nations winners.

After the break, Nigeria’s quality begun to show as they started dominating the game.

Eleven minutes into the second half, Leicester City FC striker Kelechi Iheanacho’s outside foot sliding pass fell into the path of Umar Sadiq to tap into the empty net to give the Green and Whites the lead.

Substitute Moses Simon danced through the defense of the opponent and hit the crossbar with his shot but captain of the Super Eagles captain William Troost-Ekong tapped in from close range to make it 2-0.

Nigeria won group D with nine points from three matches to become the only team to win all group games in the ongoing AFCON 2021 competition.

Crocodile tears: How Rawlings’ ‘enemy’ Akufo-Addo became his friend when he...