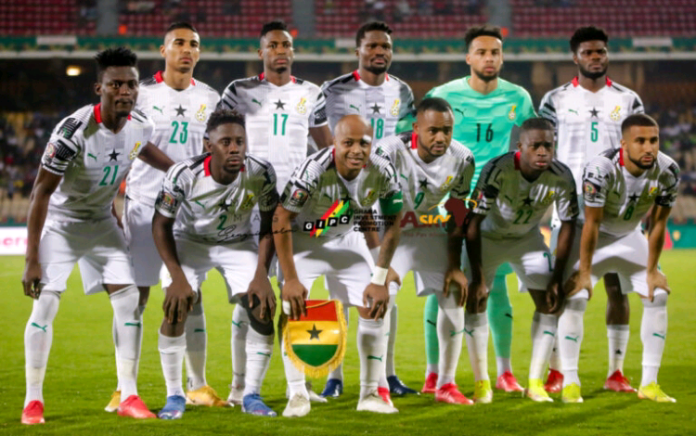 No Black Stars player was named among the best performing XI by CAF at the ongoing Africa Cup of Nations tournament in Cameroon.

Ghana experienced a disastrous campaign in the Africa Cup of Nations history as they were beaten and eliminated from the competition by first-timers Comoros.

Morocco pipped Ghana and handed them their first defeat at the tournament when they beat the Black Stars 1-0 in their tournament opener.

Ghana threw away a lead they held onto for 70 minutes against the Panthers of Gabon and gave away an avoidable equalizer in the dying embers of the match to draw 1-1.

In the last most important group game against the Islanders, Ghana succumbed to a 2-3 loss to Comoros which led to their eliminations from the competition without a win.

Due to their horrific display at the tournament, CAF’s Best 11 players including substitutes had no Ghanaian in the list.