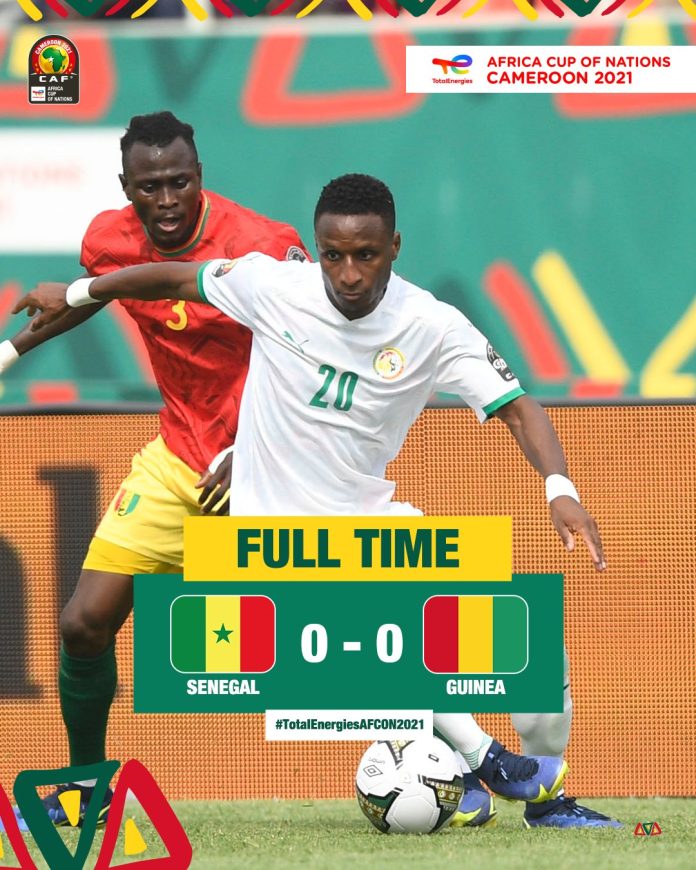 Senegal’s underwhelming start to the Africa Cup of Nations continued as they were held to a drab goalless draw by Guinea in Group B.

Led by Liverpool star Sadio Mane, the pre-tournament favourites were in the ascendancy for much of the second half after a poor opening period at Bafoussam’s Kouekong Stadium, but couldn’t find a way through as they missed the chance to all but seal their spot in the last 16 alongside hosts Cameroon.

It was another disappointing afternoon for Aliou Cisse’s side, losing 2019 AFCON finalists and Africa’s highest-ranked team, who only squeezed past Zimbabwe in their opener on Monday courtesy of Mane’s 97th-minute penalty.

Guinea hhad a great opportunity in the first half to take the lead but Morgan Guilavogui of Paris FC in France threw away the golden chance with a poor finish.

Bounar Sarr who plys his trade in Germany with Bayern München was se through on goal by captain Sadio Mane but he sent his effort way over the crossbar.

Both teams were bad in front of goal and failed to score a single goal from all the numerous chances as it finished in a 0-0 stalemate.

Both tteams are on four points and unbeaten so far in the tournament after two matches.

Coronavirus: US to halt funding to WHO, says Trump