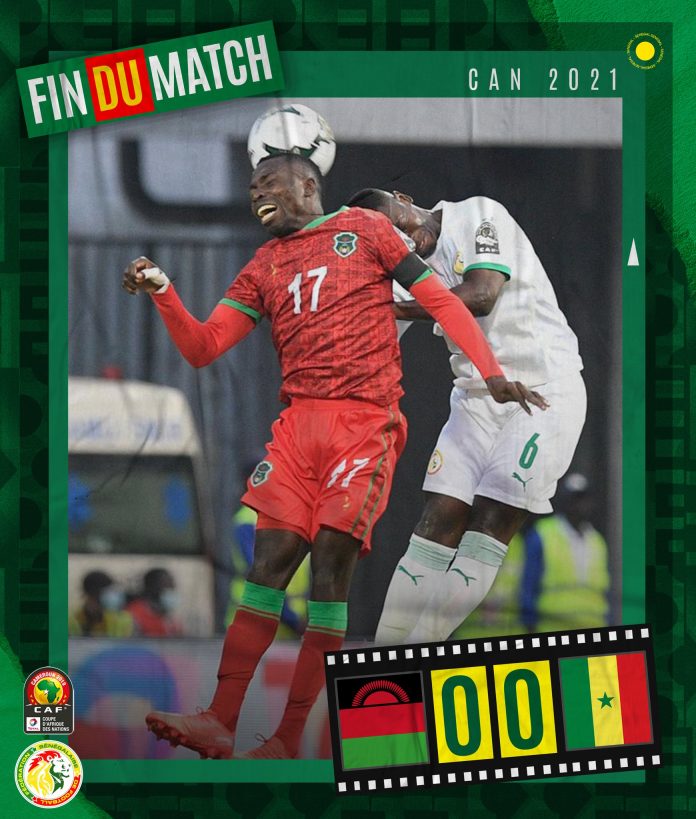 The Teranga Lions of Senegal drew blank against the Flames of Malawi but secured top spot in group B with five points despite uninspiring draw against on Tuesday evening.

The Lions couldn’t roar to scare the Flames as they shared the spoils in a goalless draw game.

The first half was balanced in the early exchanges but Senegal upped their game getting to the end of the half but failed to find the back of the net.

The second half was not any different from the first as both teams created few chances in a game that lacked firepower from both teams.

Senegal later came close to scoring but wasted their few opportunities and could’ve paid for it when Malawi were awarded a spot kick which was canceled out by VAR.

The game ended in a goalless stalemate.

The 2019 finalist scored just a goal in the group stage which from the spot in their first game against Zimbabwe in the 95th minute.

They drew goalless in their subsequent matches but topped their group with five points to progress to the next round of the competition.