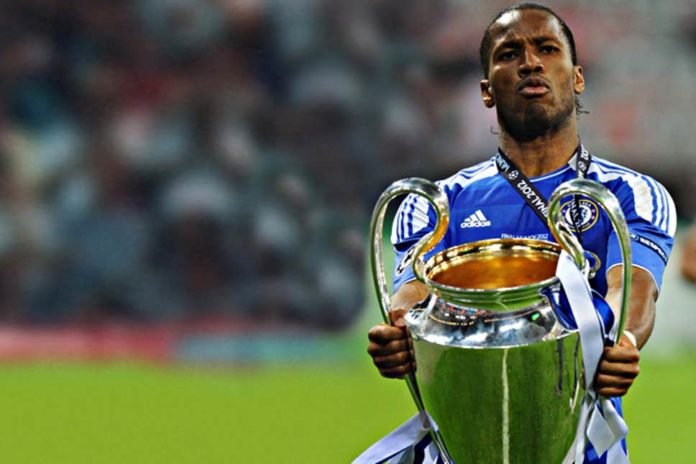 Between Samuel Eto’o Fils and El Hadji Diouf, there’s a lot of success.

The retired strikers have bragged, in recent days, about their worthiness of being celebrated as the greatest players ever to light up African football. They did sound quite full of themselves but, as Eto’o was rather quick to point out, Diouf was probably full of something else.

“Even if my brother Diouf the last time, with an extra glass, got a little lost, there is no debate”, said Eto’o, referring to a video in which Diouf appeared to be drunk.

“None of them [Diouf and Drogba] can come and say that they were at my level or better. And it’s not the fact that I say it, it’s a fact, it’s something that is there. I wanted to be number one and I have been throughout my career.”

Eto’o might just have been. His claim to supremacy is certainly infinitely more valid than that of Diouf who, if we’re being honest, was all about peroxide, spittle, conflict, one good Cup of Nations/Fifa World Cup run, and a pair of African Footballer of the Year awards.

Eto’o received four of the latter, matched only by the legendary Yaya Toure. Add to that three Uefa Champions League conquests — two of which came as part of the distinguished feat of consecutive trebles — as well as domestic silverware won while in Spain and Italy, and Eto’o’s trophy cabinet begins to burst at the seams; still, there is room for a few more laurels, notably, the two Afcons and Olympic gold won with Cameroon before he even turned 21.

It’s a collection too gleaming for any other African player — not least the far less decorated Diouf — to sniff at, but Drogba, the other guy Eto’o swatted aside in his bold assertion, has a genuine case to advance. Like Eto’o, Drogba won plenty in his prime, including four Premier League titles, as many FA Cups, three League Cups, and a Champions League crown during his time at Chelsea.

Still, being a few medals — of the international sort, especially — short of Eto’o’s stock, Drogba doesn’t quite measure up on all counts. What he lacks in numbers, though, Drogba makes up for with sheer impact. Eto’o may well run away with the cake of greatness he seeks, but Drogba’s superior ability to wield influence like a wand takes the icing.

That difference is condensed, perhaps, in the finest hours of their respective club careers. Eto’o was, at best, a wingman — first to Ronaldinho, then to Lionel Messi — when Barcelona twice won the Champions League, despite scoring in both finals. When he picked up Ol’ Big Ears a third time in 2010 with Inter Milan, he wasn’t even the go-to man for goals; there he was on the Santiago Bernabeu pitch, in the No.9 shirt alright, but shunted to the wing; celebrating alright, but without the spotlight.

Drogba didn’t win the Champions League as often, but he did leave his mark on the two occasions he graced the final: his sending-off may just have cost Chelsea a fairer shot at glory the first time (if you’re willing to look past John Terry’s missed spot-kick, that is) and his priceless contributions — a late equalizer and the winning penalty — helped the Blues triumph in 2012.

“As far as I was concerned, he won the Champions League for Chelsea,” said Sir Alex Ferguson, manager of rivals Manchester United, when Drogba ended his first spell at Stamford Bridge that summer.

Ferguson would, in the same breath, describe Drogba’s exit as a “boost” to his own team, underlining just how key the Ivorian was in a Chelsea side that featured other world-beaters. Later that year, Drogba would be voted in an official poll as the club’s greatest ever player.

It was exaltation to a degree Eto’o never quite had a chance of enjoying at Barca — much less at Inter — despite all he scored and won. That certainly wasn’t because Eto’o, eighth highest scorer of all-time for the Blaugrana, was deficient at his job. In any other team — for Cameroon, certainly — he would have been the biggest influence, quite easily, but outshining the dazzling Ronaldinho and Messi is too tough to ask of most players, neither was it Eto’o’s fault that Jose Mourinho had a firing centre-forward — Diego Milito — firmly installed when the Cameroonian arrived at the San Siro.

Opinion: The Attorney General must act now or resign