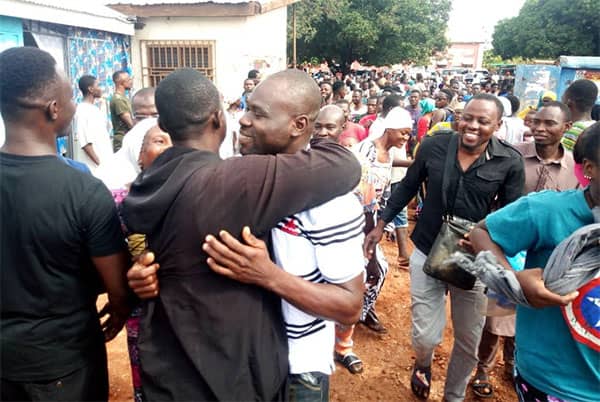 Three out of the six
persons who were arrested for their involvement in the murder of a policewoman, Agartha Nana Nabin, have been acquitted by the Tamale Magistrate Court.

This was upon an advice from the Attorney General— after it emerged that prosecutors could not provide evidence against them.

The trio have been named as Samuel Atutiga, Mahama Nashiru, and Hanan Alhassan alias Gurundoo.

The court presided over by Justice Amadu Seidu however, remanded the other three suspects into prison custody.

They are, Anas Issahaku, Zulika Abdullah and Issahaku Yakubu alias Kanbon-Naa will reappear in court on October 24, 2019.

They have however been presented with fresh charges of illegal possession of firearms.

A bail application for Anas Issahaku and Zulika Abdullah was however not granted by the court.

Agartha Nana Nabin, was shot dead at a checkpoint in the Northern region of Ghana late July, 2019.

The gunmen bolted with two riffles after their operation.

Police announced a GHS 10,000.00 cedi reward for credible information on the killers.

The IGP, James Oppong Buanuh also deployed a special team to Tamale to begin investigations into the incident.

The slain officer has since been laid to rest.

‘Attaya’: Patience Brewed In a Teapot

How Akufo-Addo’s Free SHS saved a 12-yr-old boy from going into...