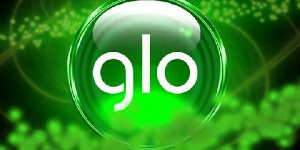 The group of Aggrieved Diesel Suppliers, a group formed to address the concerns of local small business owners in the petroleum industry have registered their displeasure at what they call intimidation and conscious attempts by an international telecommunication company (Telco) to subdue them.

The Association argues that the reluctance of the government’s regulatory body to address their grievances have left them with no option than to engage the media. Speaking at a press conference spokesperson of the group, Mrs. Hilary Aguadze said, “ We the aggrieved diesel suppliers group through operation and maintenance(O&M)contractors have supplied diesel products to cell sites of the GLO GHANA since 2017 running into millions of Ghana cedis, however, the contractors could not fulfill the obligation to pay base on our agreement that once Glo Ghana effect payment for each supply they shall transfer such fund to us”.

She went on to acknowledge that they have a contractual relationship with companies such as Tel serve Ghana Ltd, Melk Engr Ghana Ltd, Crust Resources Ltd, etc(contractors). The group claim that failure of the Glo Ghana as the end user of the supplied products, to honor the outstanding payments on the supplies made between May and November 2017, as well as a thirty percent (30%) outstanding debt obligations owed to these contractors since February 2018, have gravely impacted their businesses and collapsed many.

“Our predicaments are well known to this Glo Ghana, it is disheartening that the management of the Glo treated our first and second petitions written on 17th of July 2019 and 28th August 2018 respectively with total contempt even though they admitted owing the contractors. As commodity retail suppliers, we have credit facilities with compounding interest rates which are long overdue and exposed our business to severe risk as well as eventual closure,” Mrs. Aguadze added.

She stated that much to their dismay, the decision by Glo Ghana to assume the role of these contractors since 2018, in their estimation further draws into uncertainty the commitment to settle payment to the contractors whose debt obligations to them have fallen due. She said, “It is quite appalling how some staff of the Telco in Accra threaten their contractors using the personality of the chairman to deal with them in their respective countries whenever they go public, as a matter of fact one of the contractors recently got a court ruling for forfeiture of their assets”.

They made a humble appeal to the management of Glo Ghana to fulfill their end of the bargain by settling all its outstanding debt to the contractors. The group further cautioned that failure to adhere to their appeal would result in a protest to parliament to seek redress. They believe the government needs to safeguard the business and livelihood of local companies by ensuring international companies honor their contractual obligations to them. The group are determined to retrieve their money from this Telco through all available means and expect the Telco to take proper steps to address the issue instead of issuing threats. They also reiterated their resolve to go any length to get their entitlements met stating that “HE WHO IS DOWN FEAR NO FALL.”