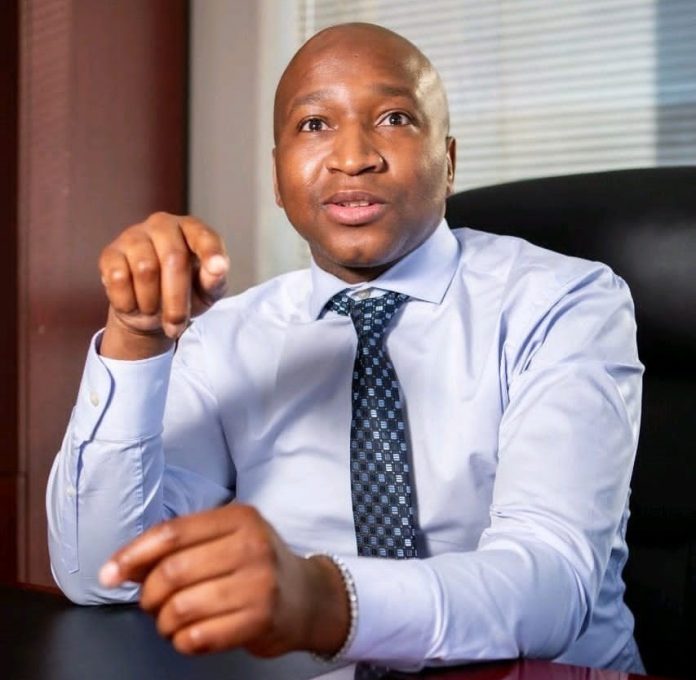 Shares worth $1.5 billion of fast-growing green tech and AI manufacturing company will soon be donated to selected churches across the African continent.

That’s according to the founder, Dr Lamba Mandla, after the company successfully initiated processes for an Initial Public Offering (IPO) on the Johannesburg Stock Exchange.

Ultimately, fifty churches in selected African countries will benefit together with 100 tithe-paying members from those churches.

So far, he has donated $500 million worth of shares from his company Agilitee to people across the continent of Africa.
The move by Dr. Lamba is part of his commitment to pay 10% tithes which is $2 billion in shares to uplift the poor in the continent.

He is set to continue issuing these shares until he hits the $2 billion mark by the end of December 2022.
Dr Lamba is one of the few business moguls to represent the kingdom of God in this manner, in an age where the world seems to be swaying off from God.

Talking to this publication Lamba said it was high time African churches have equity in public companies.

“The Church of Mormons has over $100 billion worth shares in public companies such as Apple, Amazon, Microsoft, Tesla, Alphabet (parent company of google) just to name a few. Whereas the Vetican (Roman Catholic Church) has an over $40 billion share portfolio in similar companies including Apple, yet churches in Africa churches don’t have equity in any public company. The churches in Africa don’t own anything, they don’t own even the land where the church is operating, God forbid, “ Lamba said.

“It is time. God has raised me to be the first to restore the dignity of the body of the Christ. God issued an instruction to all humans on earth, be fruitful, multiply, subdue and dominate the earth yet believers are the poorest in this world and they are not fruitful in anything that’s why they currently don’t multiply subdue and dominate anything. Instead, you will hear them calling successfully and wealthy people satanic as if God is incapable of blessing anyone, my role is to change this nation because our God is able to do exceedingly beyond and above all a man can think. I have to change this narrative before the Christ returns because it’s time for the Church to rise.”

Agilitee became a public company on the 1st of September 2022 after the Johannesburg Stock Exchange approved its Memorandum of Incorporation and Agilitee was converted from a private company to a public company by the Companies and Intellectual Property Commission of South Africa.
Agilitee is currently doing a Johannesburg Stock Exchange Initial Public Offering (IPO), which is the first EV, AI, and Green Tech IPO in Africa. The IPO values Agilitee at $20 billion, making the founder extremely wealthy.
Agilitee has 1 billion issued share capital and is current currently raising $2 billion through the sale of 100 million new shares at $20 per share which will increase the total issued share capital to 1.1 billion shares, Dr. Lamba owns 90 percent of Agilitee which is a total of 900 million from the already total issued share capital of 1 billion shares and his shares are currently valued at $19. Billion.

Once the capital raising is completed, Agilitee will have 1.1 billion issued share capital and Lamba will be diluted from 90% down to around 80 to 85% ownership in Agiltee and still valuing his shares at $19 billion if he doesn’t sell any shares during the IPO.

It is custom that founders sell their shares during an IPO. Facebook’s early investors and employees sold $5.5 billion worth shares alongside the company’s IPO in 2012 when Facebook was going public.
At the time Facebook said that it was selling 180 million shares of stock at $28 to 35 a share.

Founder and Chief executive Mark Zuckerberg also sold 30.2 million shares that made him $1.05 billion. It is still to be seen how Lamba will do it.

Buy land and invest in Ghana – Akon to African-Americans