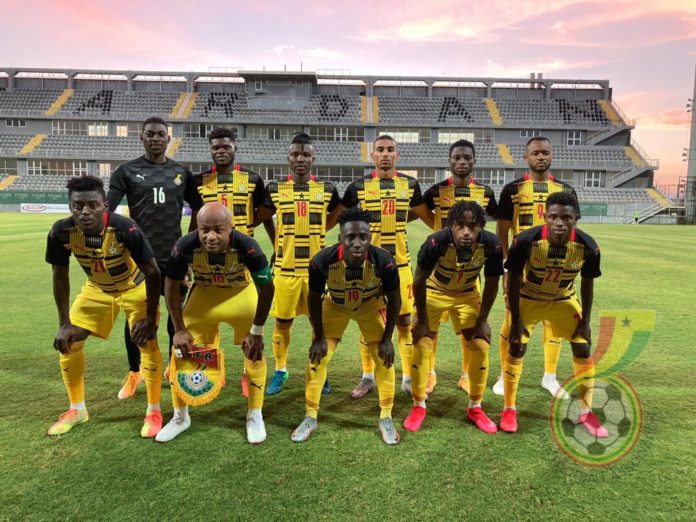 Black Stars returned to winning ways after defeat to West African neighbors Mali on Friday by beating Asian Champions Qatar in an international friendly in Turkey on Monday.

The Black Stars started the game on a high note and played some beautiful football in the opening exchanges of the encounter.

England team, Brentford FC winger Tariq Fosu broke the deadlock of the match when he reacted quickest to Jordan Ayew’s 22nd minutes cross which was parried away by the goalkeeper to give Ghana the lead.

Just before the end of the first half, Almoez Ali pulled parity for the Asian champions with a a typical strikers finish inside the goal area to make it 1-1 before the break.

Ghana returned from the dressing room in high spirit and took absolute control over the match by dominating proceedings.

Deputy captain, Thomas Partey played Ayew through on goal in the 63rd minutes and the Swansea City AFC starman made no mistake in slotting home Ghana’s second.

Ayew got his second goal on the evening as he made it 4-1 to Ghana with seven minutes left on the clock when he was set up by his younger brother Jordan Ayew.

Substitute, Caleb Ekuban came from the bench to score his first goal for Ghana in almost two years to bring the score line to 5-1 in Ghana’s favour three minutes from the final whistle.

Ghana won the game by 5-1 after losing 3-0 to Mali and would be having confidence into next month’s clash with Sudan.