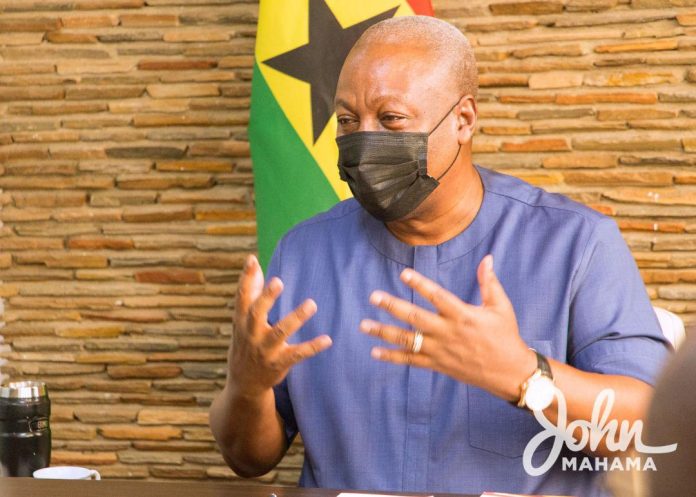 Aisha Huang was arrested a few days ago by National Security operatives for her illegal return to the country following her deportation in September 2018.

Her arrest has left many questioning the government for its commitment to the fight against illegal mining in the country.

Speaking on Accra-based TV3, former president Mahama said the government must not shield anyone involved in the return of the Chinese national.

The former president also called out President Akufo-Addo for “failing the fight against the menace.”

President Akufo-Addo in 2017 put his presidency on the line by stating his resolve to fight the galamsey menace.

“I have said in Cabinet, and perhaps this is the first time I am making this public, that I am prepared to put my presidency on the line on this matter,” the President said.

Mr. Mahama said President Akufo-Addo should have resigned by now, per his own words.

“If we were in some other jurisdiction, he would have resigned by now. By his word, he put his presidency on the line,” he added.

Aisha Huang was deported in 2018 because of her illegal mining activities. The deportation was criticised as many felt she should have been prosecuted instead.

Reports indicate that she returned to Ghana from a neighbouring country through a land border. She also has a Ghana Card with the name, Huang En.

The Attorney General plans to revisit Aisha’s past crimes as well as her recent offences.

She has been charged with mining without license and engaging in the sale and purchase of minerals.

Excitement in Sandema ahead of Durbar to climax Feok Festival

Deputy Speakers can vote and be counted in Parliament when presiding...