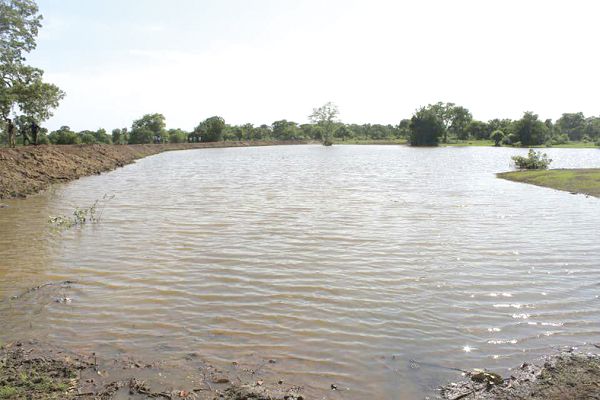 The presidential candidate of the National Democratic Congress (NDC), Mr John Mahama, has questioned the prudence of government providing dams that are unfit for purpose under its One Village One Dam promise.

He says instead of the government constructing dams as it promised the people of Ghana, it has resorted to providing dugouts that are not fit for all-year-round farming because they dry up or, in some case, are not able to hold water.

Addressing separate durbar of chiefs and people at Loggu and Manwe on Thursday in the Wa East constituency as part of his four-day tour of the Upper West Region, Mr Mahama said the government’s much-touted dams are dugouts which are unfit for the purposes of irrigation.

“In 2016, when the NPP came with the promise of one village one dam, I personally asked what kind of dams they are talking about because there are different kinds of dams but they refused to answer”.

Mr Mahama’s observation is consistent with the findings of a recent research by the Peasant Farmers Association of Ghana that about 90 per cent of the dams constructed under the government’s One Village One Dam initiative cannot be used for irrigation.

This translates into nine out of every ten of the government’s dams not being fit for purpose. Mr Mahama assured the people that the next NDC government will construct fit-for purpose irrigation dams to support their farming activities throughout the year.

He therefore urged them to rally behind the NDC and vote for him on December 7, 2020 to enable his next government provide jobs, development projects and good leadership for all Ghanaians.

Ghanaian Players Abroad Team of the Week – Aug 26 to...