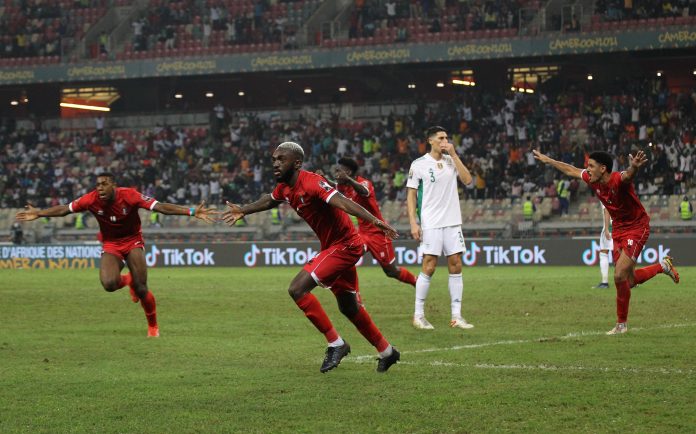 The North African giant 35-games unbeaten run was ended by the National Thunder of Equatorial Guinea who defeated the AFCON Champions 1-0.

Algeria had uncountable chances in the first half to open the scoring but wasted their opportunities to give the Boys in Red confidence.

The Equatorial Guineans were dangerous on the counter attack but poor finishing prevented them a goal as the first half ended goalless.

Riyad Mahrez of Manchester City fame scored in the second half but his goal was chalked off as he was caught in an offside position.

Obiang Obono Esteban scored the only goal of the match for the Guineans 20 minutes from full time with a cool finish in front of goal following a beautiful cross from Josete Miranda inside the 70th minute mark.

Mohamed Youcef Belaili thought he had grabbed the equalizer minutes later but the Al Sadd SC man was offside before he brilliantly put the ball at the back of the net.

Substitute Islam Slimani had a golden chance to draw the African Champions level but the Lyon striker fluffed his lines.

After so many missed chances by Algeria, Equatorial Guinea also missed four clear chances on the counter to add to their advantage but failed to utilize their chances and ended the game with a 1-0 shocking win over the Champions.

Algeria must beat Ivory Coast to stand a chance to making it to the round 16 stage of the competition after picking one point from two matches.