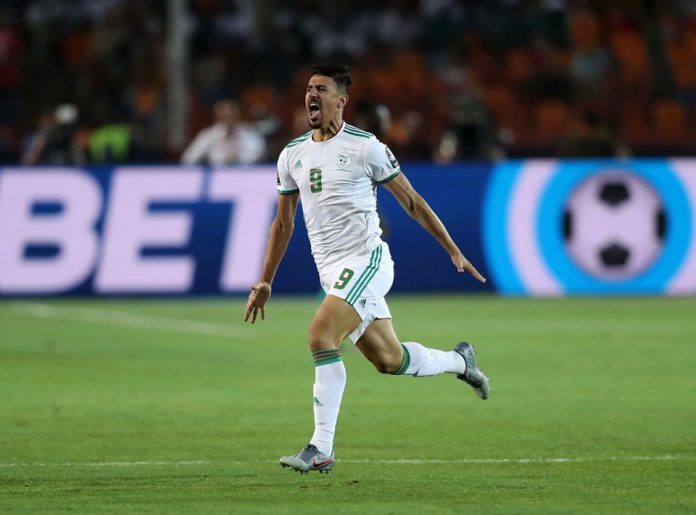 An early goal from Algeria striker Baghdad Bounedjah ensured that the Desert Foxes have ended a 29-year wait for the Africa Cup of Nations trophy.

Senegal were coming off a 1-0 win over Tunisia — another north African side — in the semi-finals, advancing on an extra-time own goal, while Algeria went past Nigeria 2-1 courtesy a magical late free-kick from Riyad Mahrez.

Senegal, who have never won the tournament but did make a losing appearance in the 2002 final, were behind as early as the 2nd minute when Bounedjah’s shot took a wicked deflection, looping over a static Alfred Gomis and nestling into the Teranga Lions’ goal.

Aliou Cisse’s men looked more threatening after conceding, as they spent much time on the ball in the half of the Algerians, only failing to restore parity. Henri Saivet tried to score from a free-kick, fizzing in a swerving shot that bounced just in front of keeper Rais M’Bolhi who held it well.

Algeria looked more physical, throwing in challenges almost everywhere on the pitch and they got a couple of yellow cards for some of them. After recess, Senegal kept pushing for an equalizer but found clear-cut opportunities difficult to come by. Once again, a set-piece from Saivet was saved by M’Bolhi with ease.

A penalty decision that could have brought Senegal level was rescinded in the 62nd minute by Cameroonian referee Alioum Alioum, following a VAR review. M’Baye Niang failed to convert a chance, after rounding M’Bolhi in the penalty box. And Saivet almost got lucky with a thunderous strike, but the Al-Ettifaq shot-stopper stood in the way again.

It was heartbreak for Sadio Mane and his teammates after the final whistle, as Djamel Belmadi’s Algeria fought with everything they had to protect their early goal and go on to with the trophy.

WIN OR LOSE?: Kwesi Appiah Would Never Be Good Enough For...