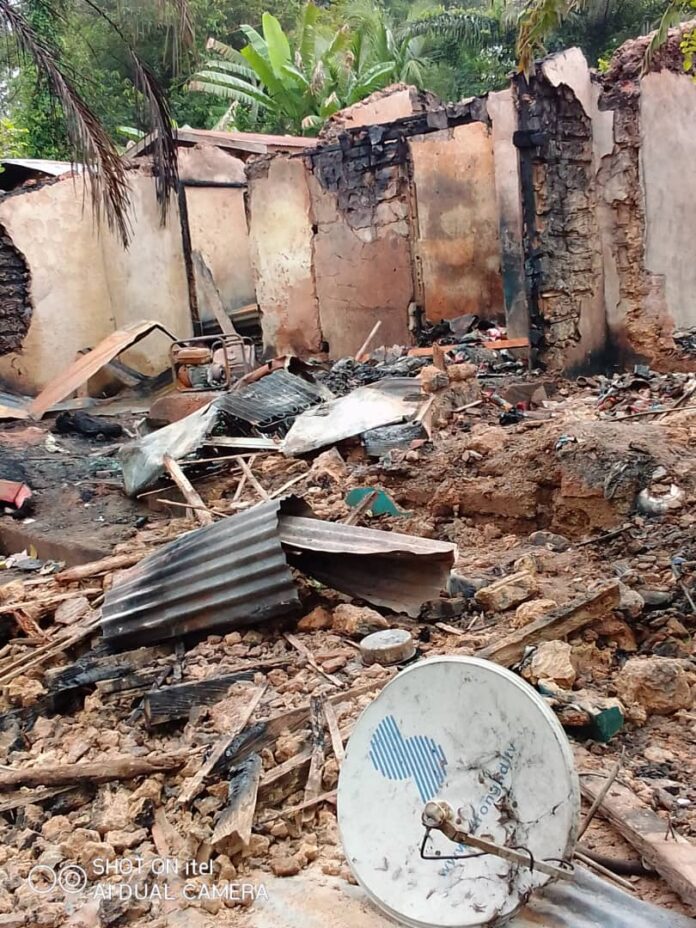 Three people have died in a tragic house fire at Pakaho, a cocoa growing community in the Wassa Amenfi Central District of the Western Region.

The National Disaster Management Organization (NADMO) confirmed to dailymailgh.com that a 10-month-old baby girl named as Gifty Mensah was among victims who suffered severe burns during the incident.

The two other victims have also been named as Patrick Osei, 42, and a 5-year-old girl named only Benewaah, according to a Zonal Coordinator of NADMO in the Amenfi Central District Isaac Kobina.

All the three victims were confirmed dead at the scene.

NADMO’s preliminary investigations indicate that the an encounter with naked flames from a match stick and fuel deposits in one of the rooms may have started the inferno.

“My investigations indicate that the five-year-old girl lighted a match stick and was playing with it…and so the naked flame was exposed to fuel deposits in the room causing an explosion”, said Kobina.

The Friday afternoon fire also swept through at least five other rooms displacing other tenants in the process.

Properties running into hundreds of cedis have also been destroyed.

“So far at least five tenants were displaced and we are exploring other avenues to shelter them. I have conveyed the message to my superiors for swift action “, Kobina said.

“We have told the occupants that the house will be demolished to prevent any further disaster”, he added.

The charred bodies have since been buried.

It still remains unclear whether officials from the Ghana National Fire and Rescue Service were at the scene.