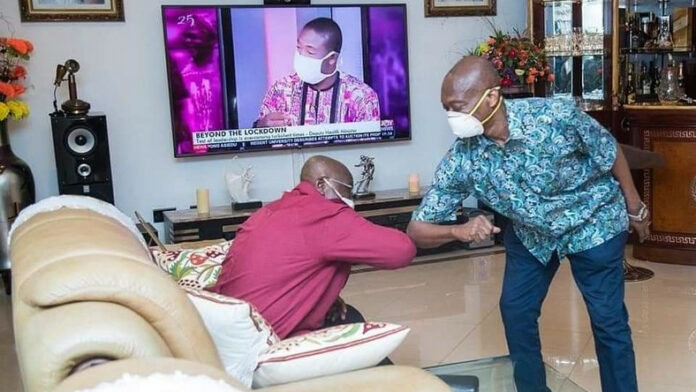 Amidu resigned as Ghana’s Special Prosecutor on Monday citing lack of independence among other things as his reason for abdicating his position.

Commenting on the development on Accra-based Peace FM, Baako advised the presidency and the president to focus on the December 7 general elections.

“What is out there is comprehensive enough!. .. You have limited time. It can be done post-elections. I’m not going to say win or lose because I know it will be a win. You’ll have more time and space to deal with any post-Presidential reactions on Martin,” he stated.

Meanwhile, Professor Ransford Gyampo said it was disappointing Amidu resorted to the line of least resistance by resigning from his post.

“He should have stayed on to fight as a man with principles, conscience and clothed with some security and protection from the laws,” said Gyampo in an article.

“His resignation suggests to me that; he was either not committed to fighting corruption beyond “his long epistles” or he is completely ignorant about what it takes to fight corruption in a transitional democracy like Ghana.

“Let us assume that all the damning issues he raised in his resignation letter are sacrosanct and truthful. Let us also assume that everything said in the response from the Presidency is a lie. I will still argue that the challenges outlined by Amidu should not have warranted his resignation as Special Prosecutor, in whom many level headed people including civil society, are well pleased.”

Kevin-Prince Boateng in talks with Besiktas